When you are a parent sometimes you find that all of a sudden your child has learnt to out smart you, suddenly your old methods of discipline are not working and you are stuck in a rut. This may not be the case for you but for me I tend to be so laid back nothing ever sticks, I am a softy and a big pushover. We recently got asked to review a Reward system for children called Mumbucks. The idea being that children earn Mumbucks by good behavior and good deeds. 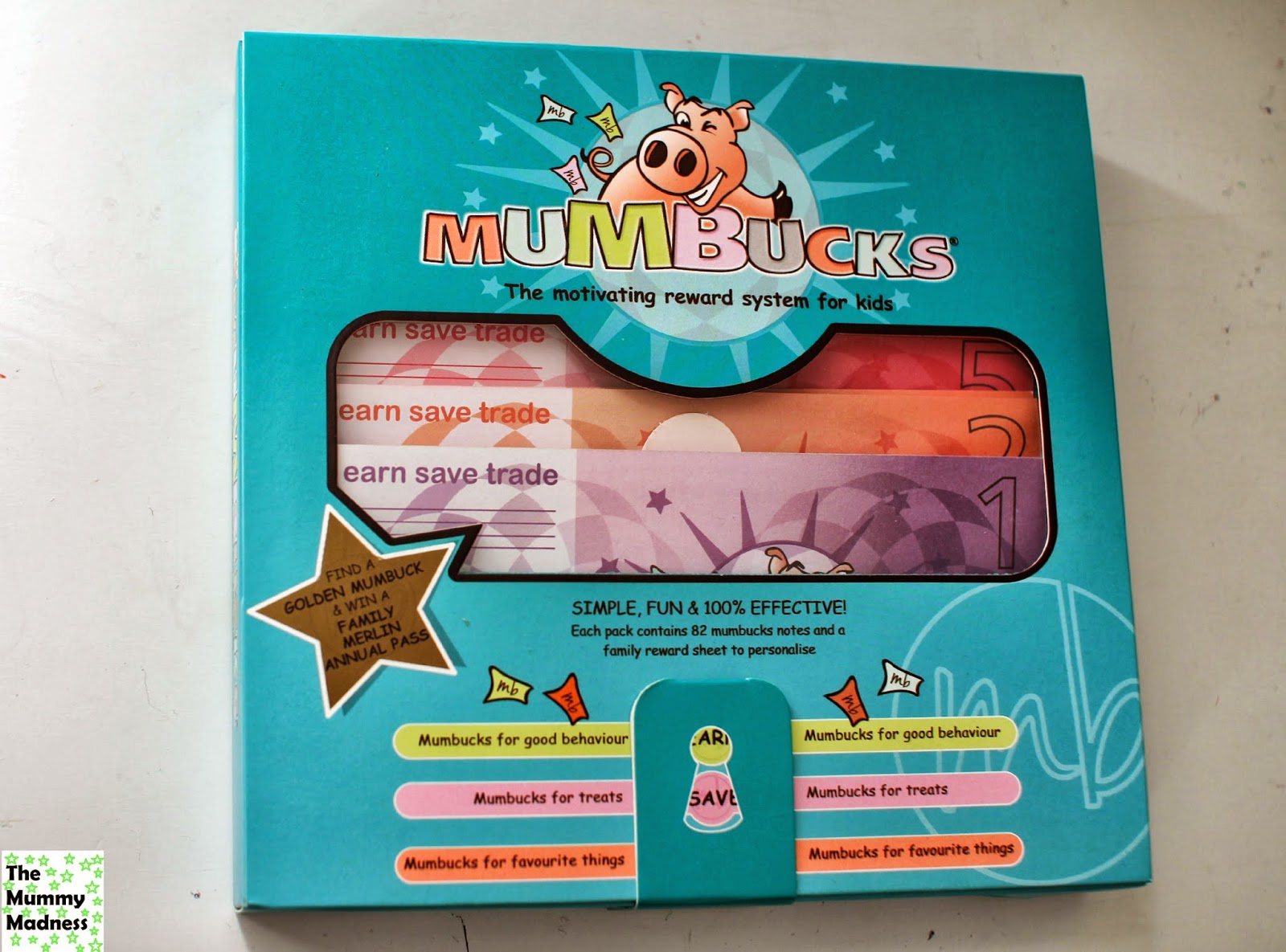 My son is like any boy his age learning to push the boundaries a bit more and generally growing up far to fast, A big issue we have in our house is screen time. He would if we let him spend all time in front of a screen watching/ playing minecraft, and when you tell him to turn it off he gets cross and all off a sudden my child has turned into a stroppy teenager. So I was stuck in a rut but for the last month we have been using Mumbucks as a reward/ Saving scheme for him to earn time playing on screens or watching tv. Not only has it been good way on monitoring how much he plays it as also been fun. The idea behind it is that mumbuchs are given for good behavior or Pants being polite and helpful, and depending on how much he has done he earns a certain amount of mumbucks. He then has the choice to save them up to have more screen time or even trade for money. 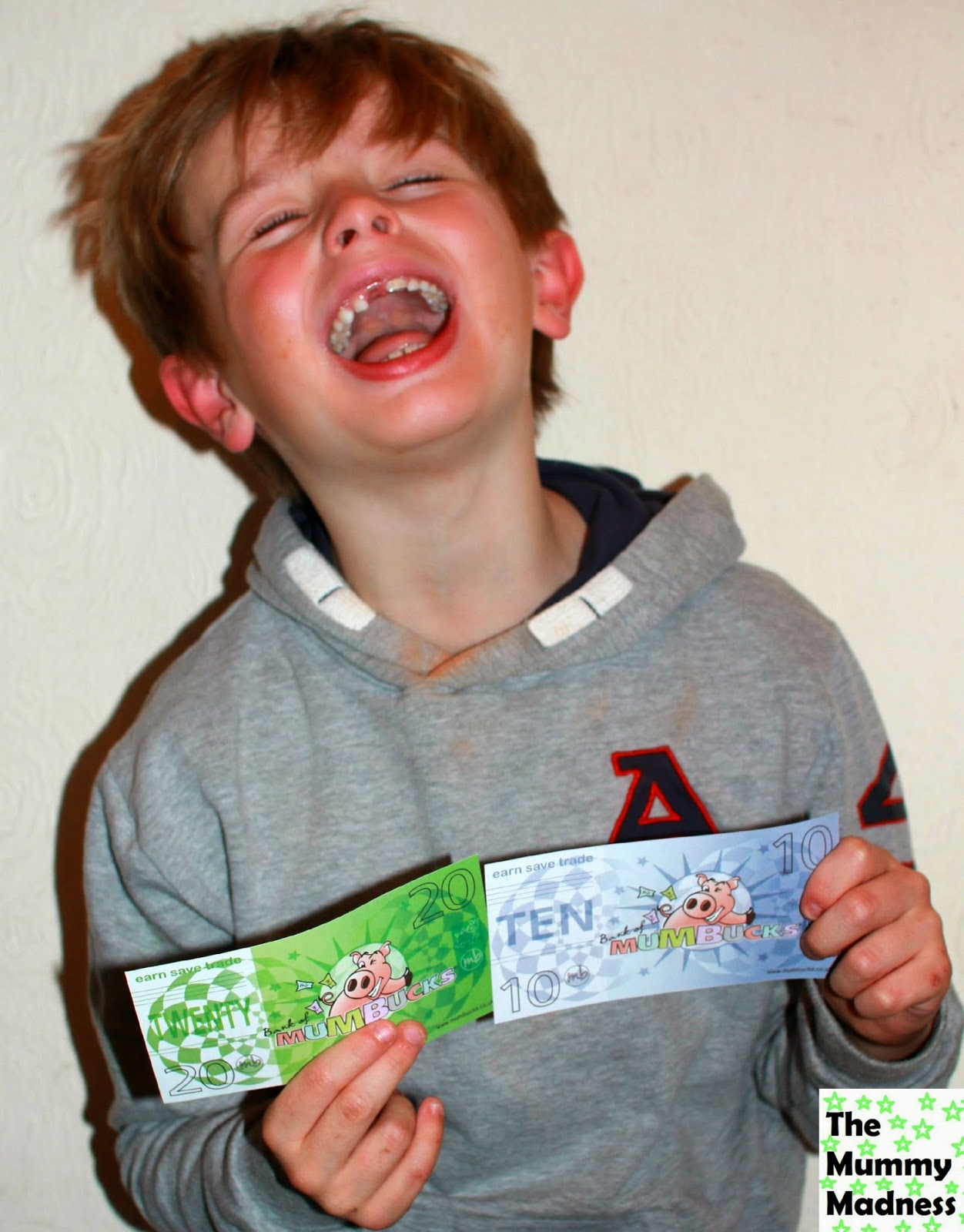 We made a list together of what he wold earn them for and before I knew it, he was hoovering and tidying away. It has stayed like that and rather than have him moaning he is happy to do so as he has earnt sometime to play minecraft. Although our mumbucks do not last its great to teach Pants about the importance of saving he already saves his money and its a good habit that will hopefully see him until he is older. Here is some example of what mumbucks can be traded in for: 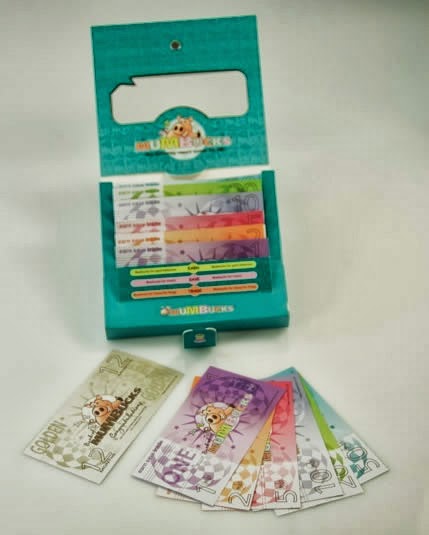 Mum bucks have worked really well in our house, I think because we are very laid back it fits in well with us, we can tend not to be consistent so it is great. Mumbucks reatils for £14.99 and we think they are great. Check out more on the mumbucks website

Also Check out your chance to win your own set of Mumbucks so why not enter below.
a Rafflecopter giveaway

Disclaimer: We were sent Mumbucks in return for a review, all thoughts and opinions are my own.
Posted by Mummys little blog at 13:23