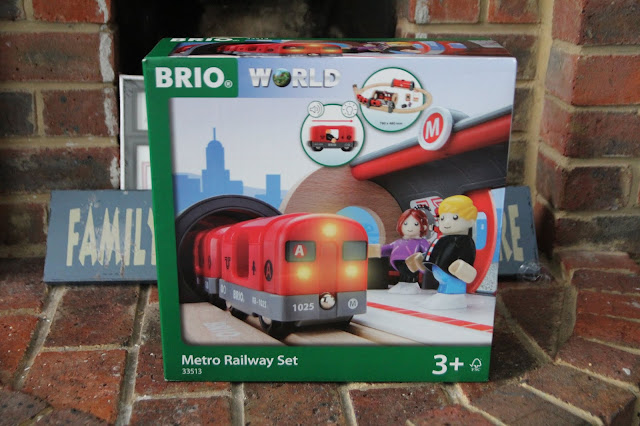 In our house we love BRIO,  we were given a set when Aston was a baby it was a basic train set which was already 20 years old and we still have it today going strong. So when we were asked to review the Metro Railway set I knew we would not be disappointed. 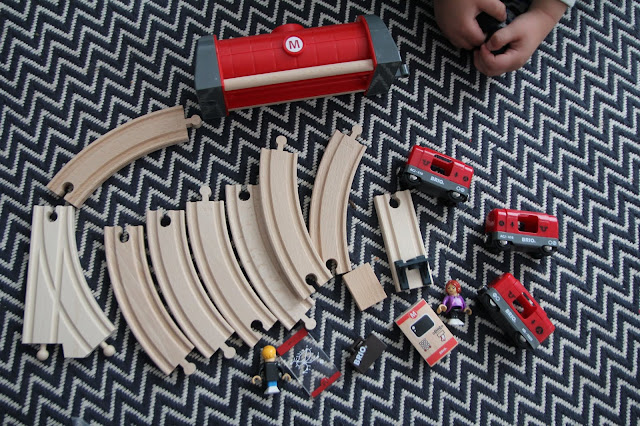 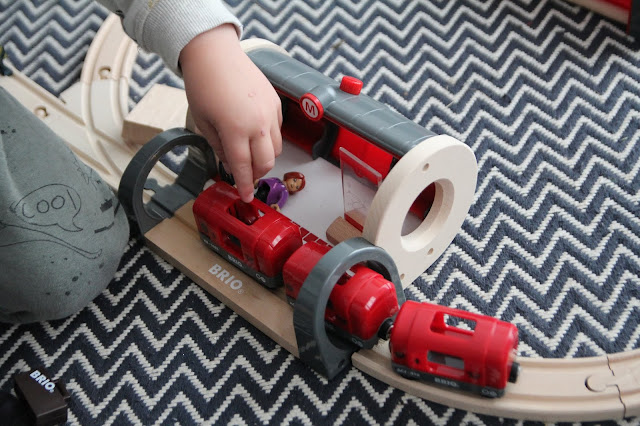 The lights and sounds are activated as soon as the train moves and an added bonus is that the train comes included with batteries already installed. The sounds are very much like a train rolling through the underground. One of Son Son's favourite features was the fact that you could sit the figures in the train. 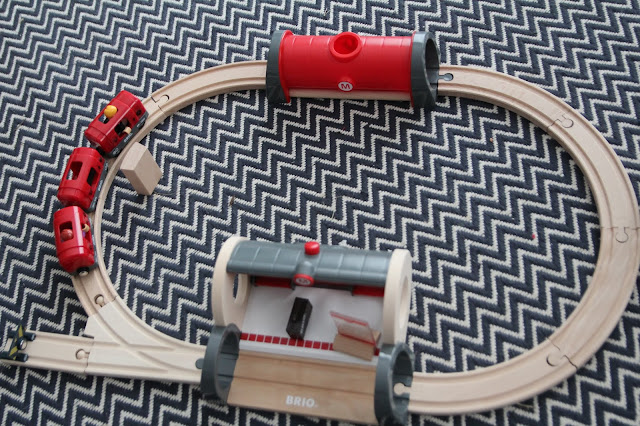 The set was easy to put together and Son Son who is four was able to put together without much help.    You can play with the set on its own or it is compatible with other wooden train tracks. We also added some of the BRIO world sets and built some houses around the edges too. Then before we knew it was had extended the train track and had a whole village. 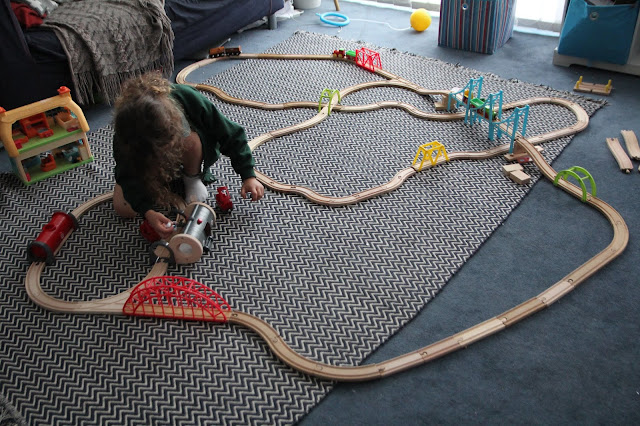 The set is really good quality and you know it will be something that will last a long time. It also comes with a wooden ticket machine and maps to help aid imaginative play. One thing I loved about the set is how it was a modern twist to an old classic. Both Ami and Son Son enjoyed playing with the BRIO Metro Railway set and have got it out multiple times since. 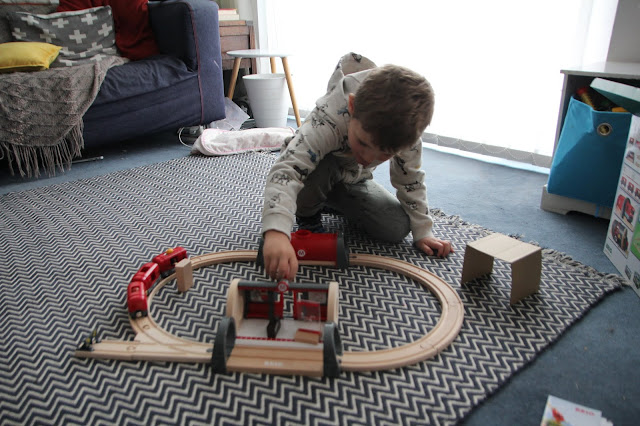 The set Retails at £49.99 and available at most toy retailers.