The stripy pair - days out on the beach

Ami absolutely loves Pants so much, she is over the moon when he wants to play with her rather than football. Ever since she was small she has loved her brother so much, he was the only one who could make her laugh and that bond continues to grow. 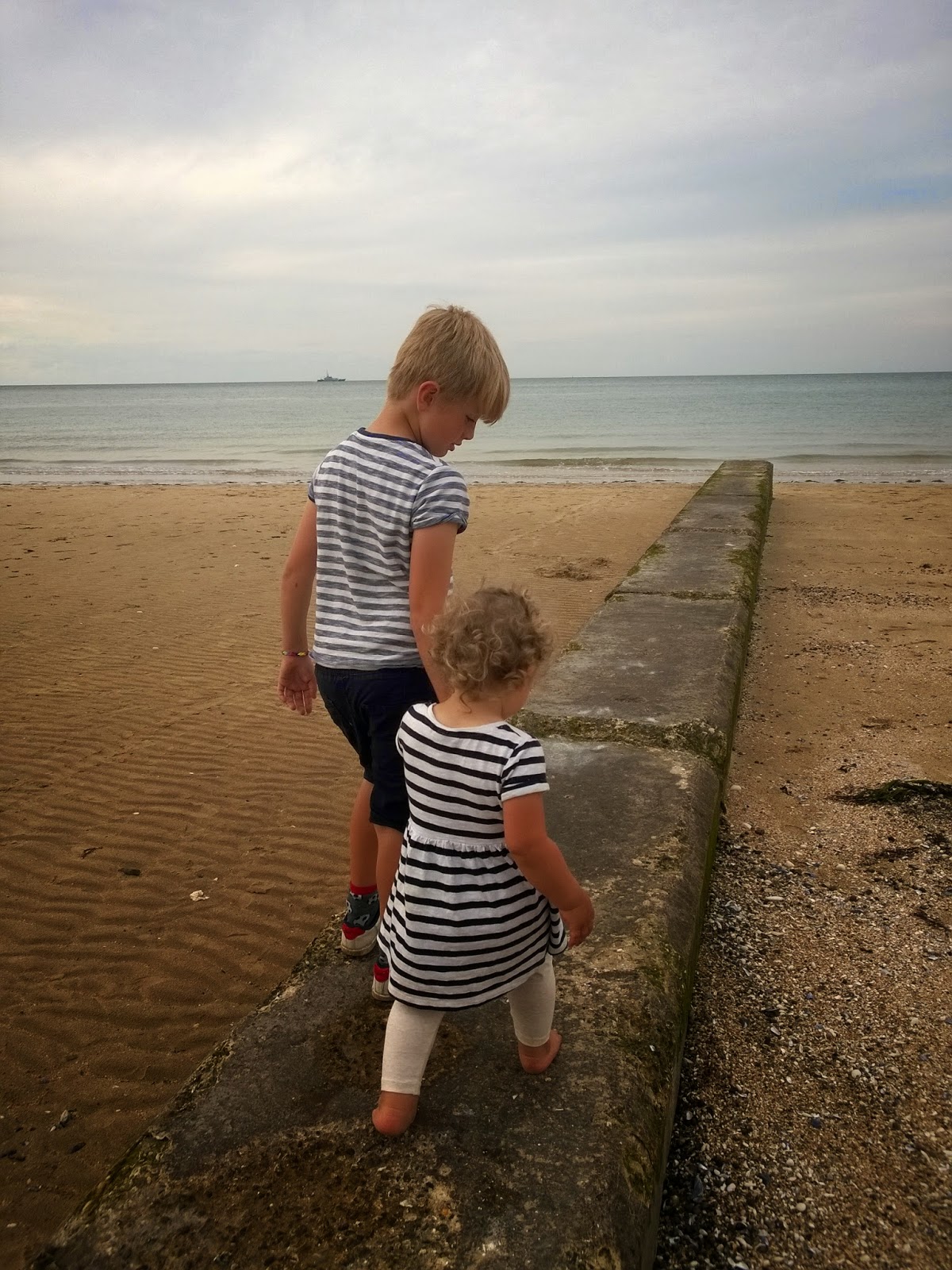 Having a six year age gap hasn't stopped Ami, she just thinks she is a 7 year old boy. Recently she was trying to go down the skateboard ramps on a scooter trying to be like her brother. It can be very cute but he can find it very annoying, especially when he is trying to do something and she is right behind him trying to do it also. 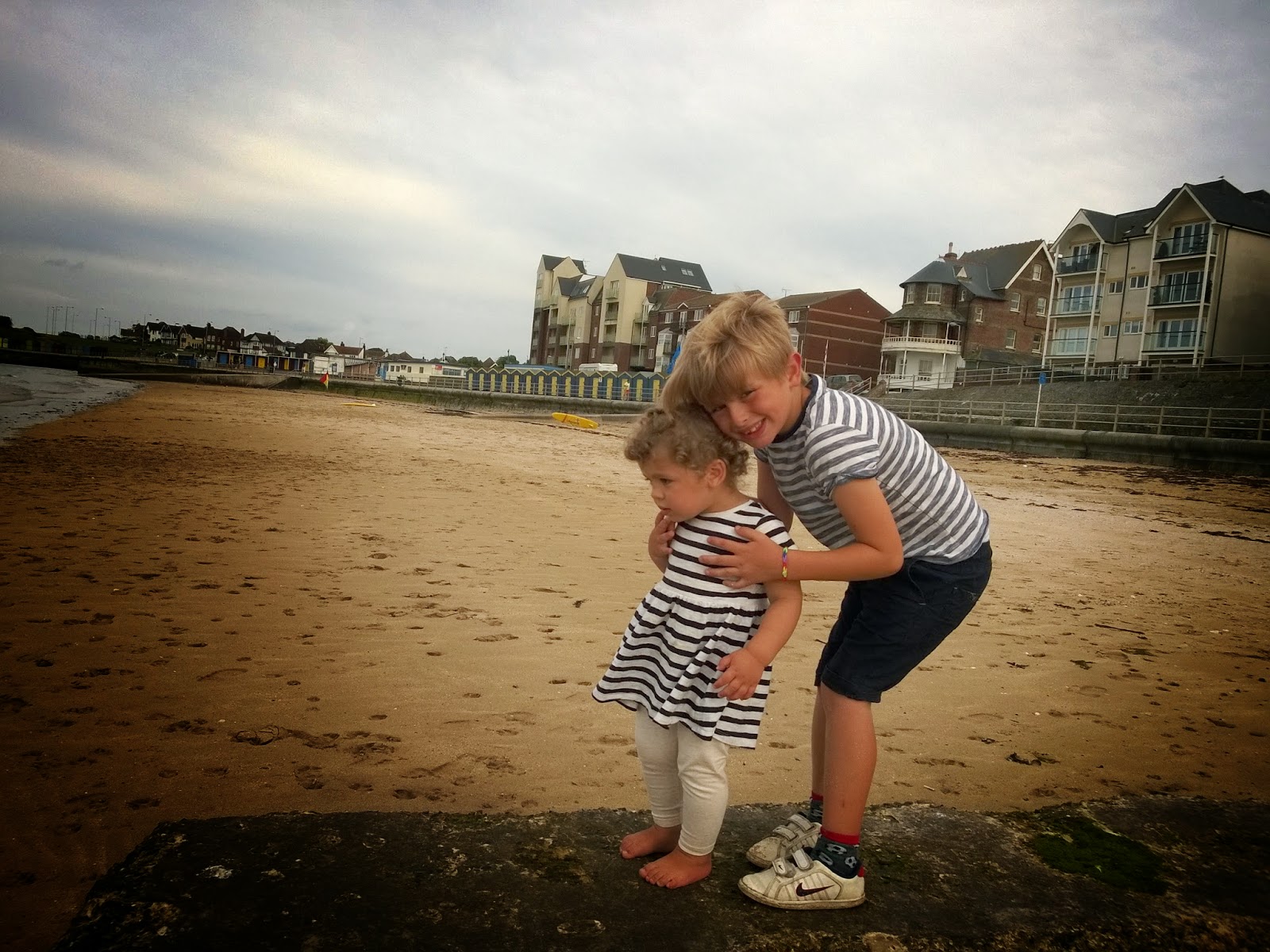 The other week my husband was away and bored of being at home we just got up and went for a walk. We usually end up at the beach much to Pants dislike. We played football, Ami chased a lady round the beach who was collecting shells and Little bear was asleep in the pushchair. Was nice to spend time with them without holding a baby. 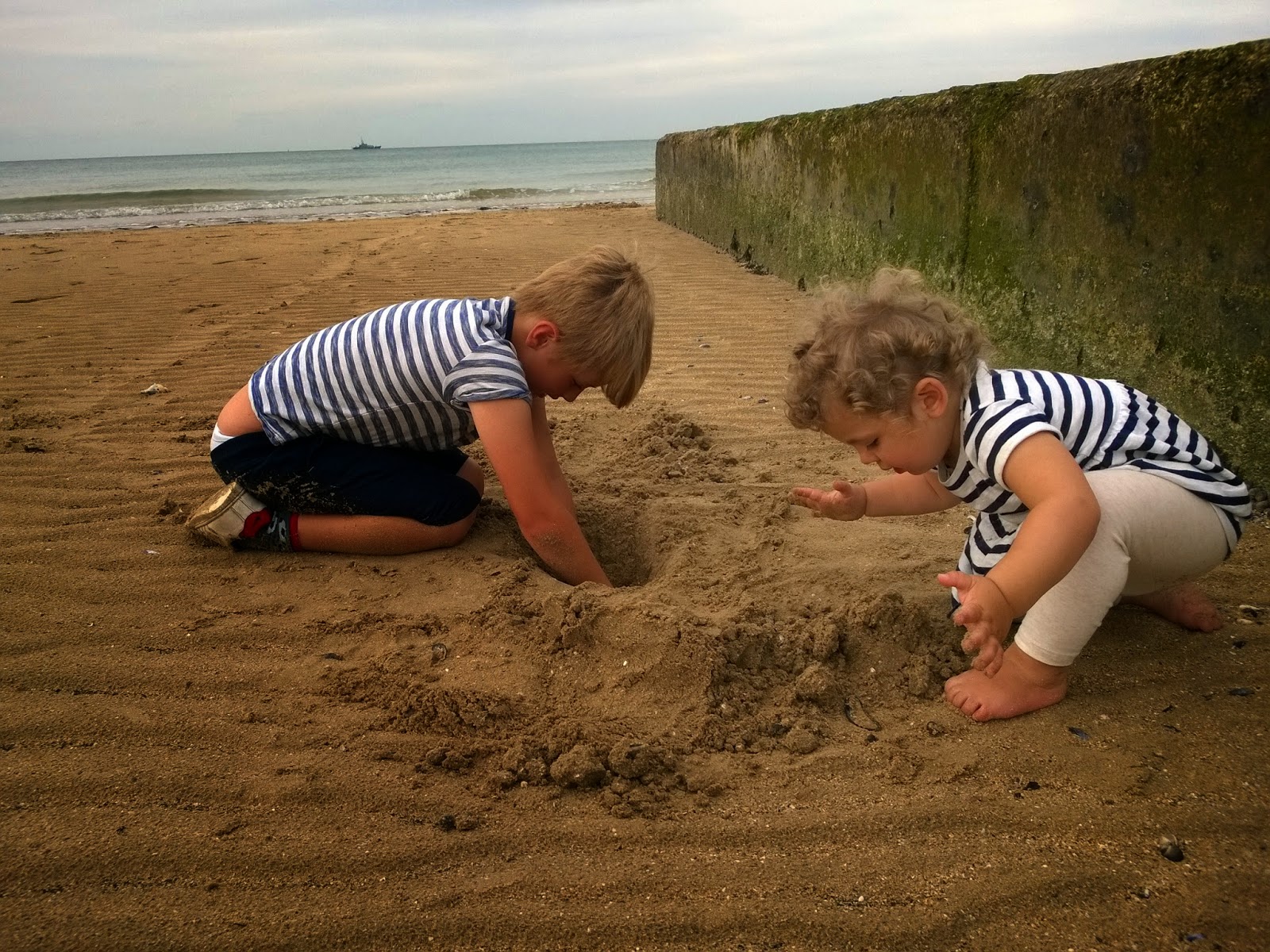 Although she did want to do everything he wanted too, including filling in the hole he just built, we had alot of fun. Hopefully when they are older they will have so many memories of the beach like I did as a child. Spending warm evenings by the sea, swimming in the sea when it was raining and getting told of by the coast guard when the water is too rough. Good memories and thats what we try to create. 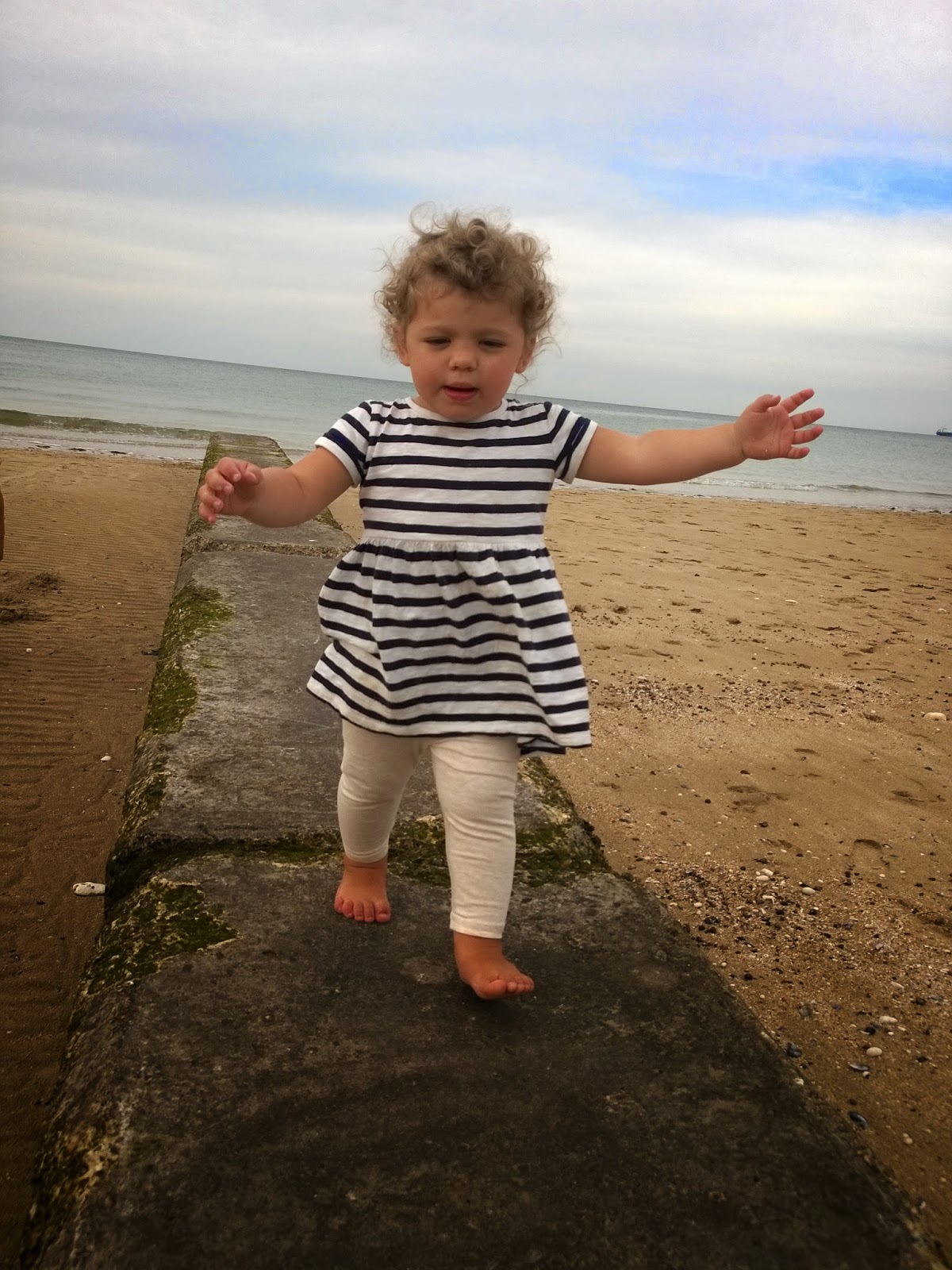 The best thing about the beach is that it is free as long as you avoid ice cream stands. There is so much to do and alot of open space, that's why I love going down there all the time. So here is to many more adventures coming and lots of sand on the carpet from mucky feet. I love it and I love summer.

Posted by Mummys little blog at 13:23