Crafting with Gel A Peel

There is something so magical about Christmas, maybe its all the excess booze and twinkling lights. I just think its such a wonderful time of year for family and to remember that Jesus was born and what a wonderful story that was. We love to craft in our house and in the lead up to Christmas we have been making lots of decorations and basically anything with glitter. We were lucky enough to be sent some decorations from Gel A Peel in which we cracked on with straight away. 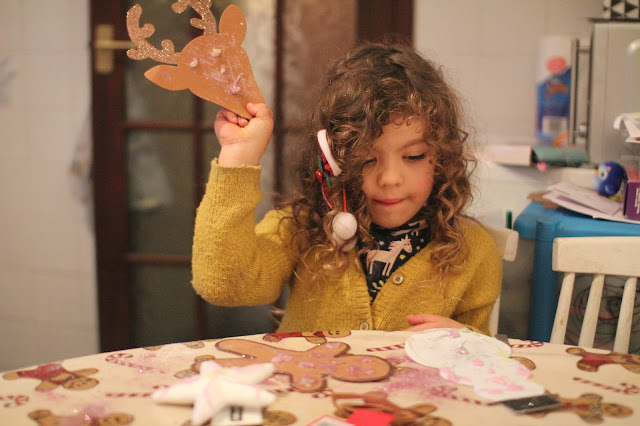 If you have not heard of Gel a Peel its a lot of fun. It comes in different coloured tubes and you can use it to make jewellery or as we done crafting. The wonderful thing is when it dries it becomes like a rubbery texture. Each set comes with different shaped nozzles that attach on the Gel a Peel tubes to create different shales and textures. The set comes with moulds that you can use to stick on your designs or make into creations themselves. 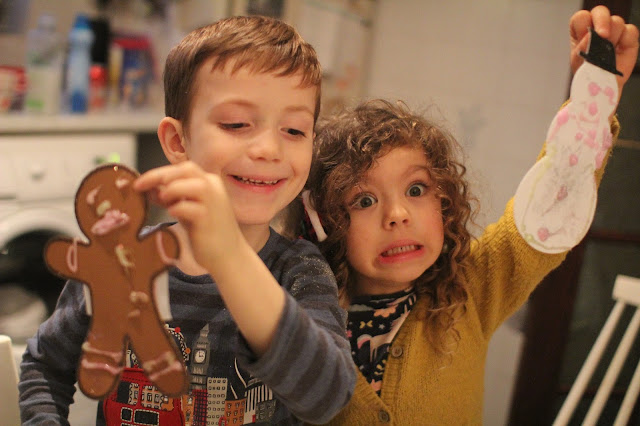 The Gel takes a few hours to fully dry so we found it was best making the moulds the night before and sticking on the next day. Although Ami is 5 she can be impatient at times. Son Son also got involved and had quite a bit of fun making Christmas characters. He mainly liked trying the different nozzles like he was decorating a cupcake. For us I found creating a design on something is the best thing we have done with the sets. The finished product is different to a coloured in it adds a different 3D edge to the design.

Ami's friend Harry come over and loved creating all the different Christmas characters. He had never used it before but enjoyed using something a bit different. 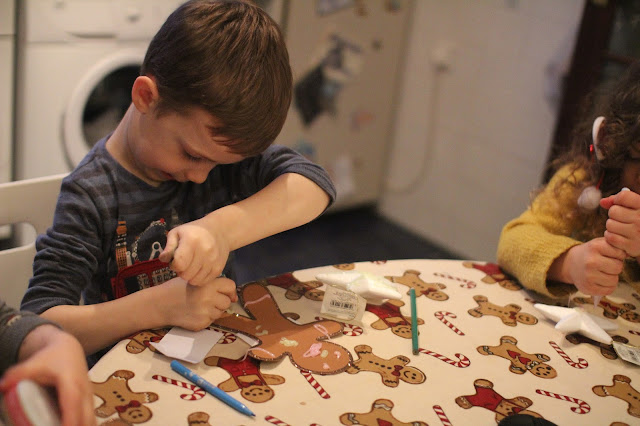 This set retails at £19.99 and is perfect for crafting onto cards. I say the results came out much better than I originally thought. Why not get  Gel-A-Peel set and have a go yourself. 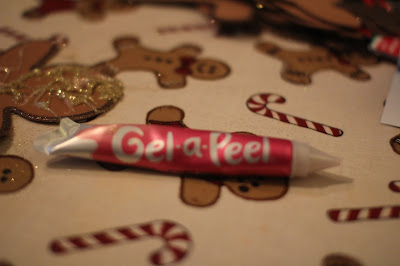 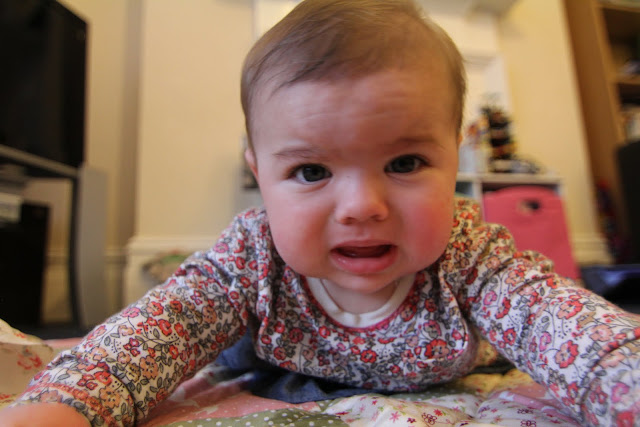 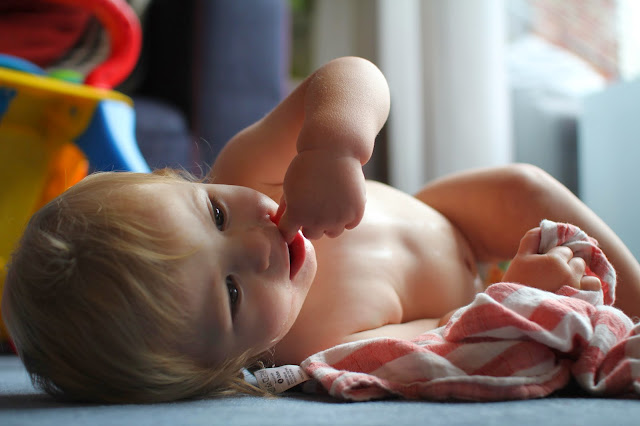 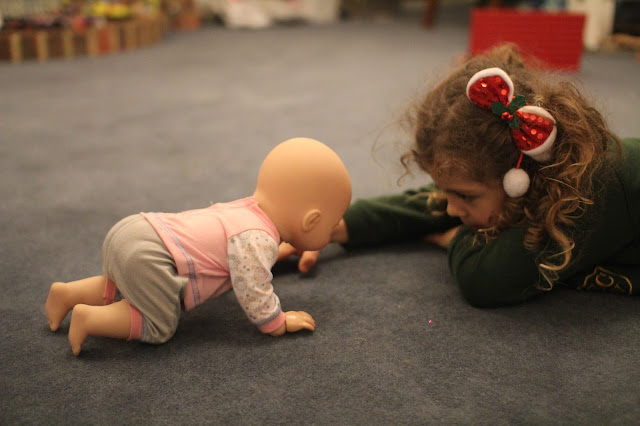 
This was post was written in Collaboration with Baby Annabel learns to walk. A Doll  who learns to crawl and walk. My kids had great fun playing with this doll. Ami was besotted with teaching it to walk.
Posted by Mummys little blog at 18:03 No comments: 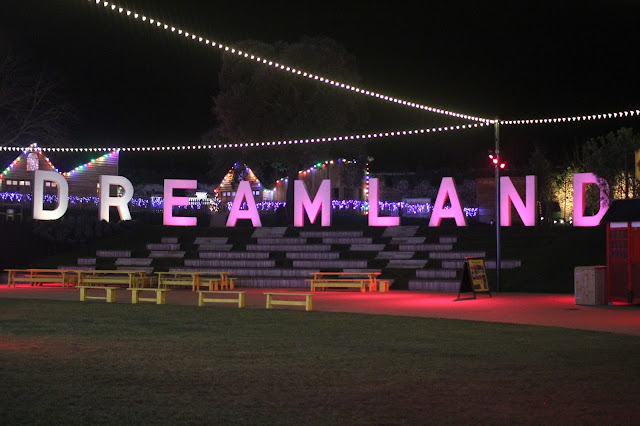 I spent my childhood and teenage years at Dreamland. I remember once going on the big wheel on my own my poor parents were out of there mind with worry about where I was and where I was going high in the sky. Thankfully the Dreamland team now are more vigilant and won't let any random 8 year old on the ride. Dreamland reopened a few years back as a vintage theme park. It has a wonderful collection of classic rides along with a refurbished rollercoaster. 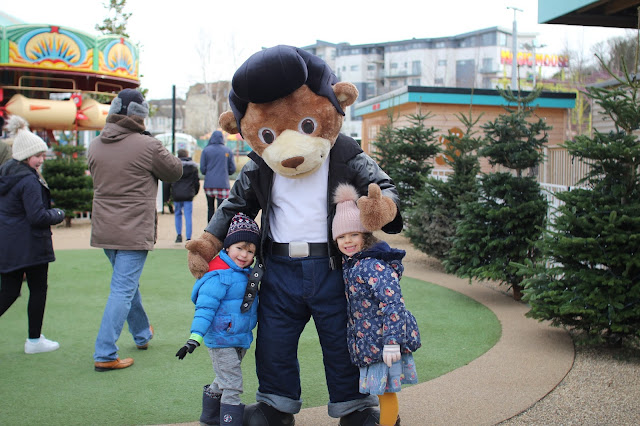 We popped along to Dreamland see the Frosted Fairground in an attempt to get in the Christmas Spirit after a busy week. The day we went was rather cold but we wrapped up warm. My husband hasn't been to Dreamland in two years since it opened and was impressed with the progress so far. Ami just wanted to go on the Walzers and to show Daddy which number was the fastest. 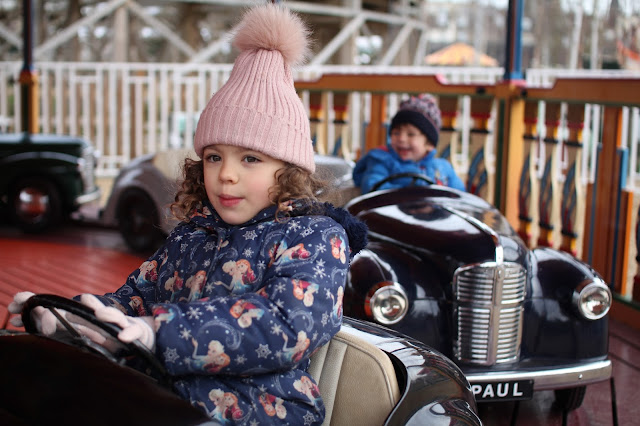 We went as it just had opened so was first on all the rides. The queues were only short so the children got to go on a lot of rides in a short time. The whole place was decorated with Real Christmas trees with sparkly lights everywhere. As we came in there was a chance for the children to write a letter to Father Christmas and have their photos taken where you could purchase the photo for £5 or £6 in a bauble. 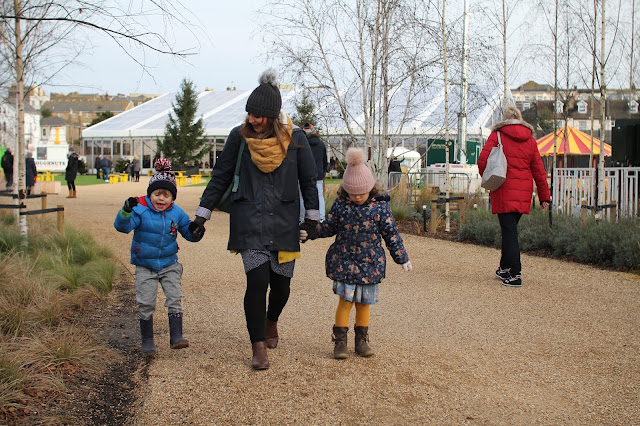 There's a lot going on for Christmas one thing they have opened is a Christmas Grotto where you can meet the big man himself. You get to meet other characters like Elvis the singing Elf and also help father Christmas find his Snow Jo. Each session is 30 minutes and the children get a chance to create some craft and make special VIP badges. The tickets for the Grotto come with ride wristbands so what better way to make a full day of it. 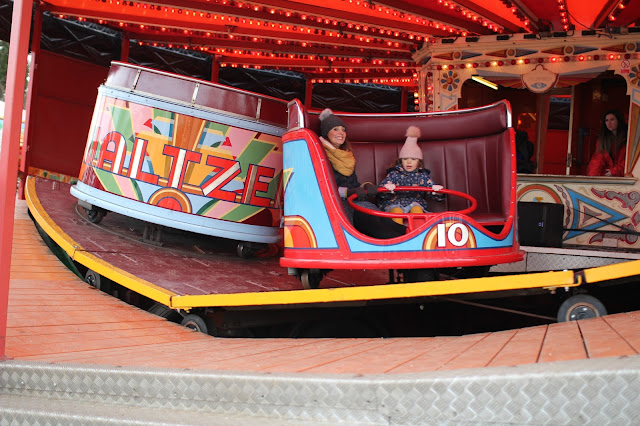 New this year at Dreamland is the Ice rink which is an indoor 450-metre ice rink. You can book sessions for an hour and feel all festive whilst whizzing around on the ice rink. I have never been ice skating so am looking forward to popping back in the holidays with the kids. Its open until the 3rd of January so there is still plenty of time to book. 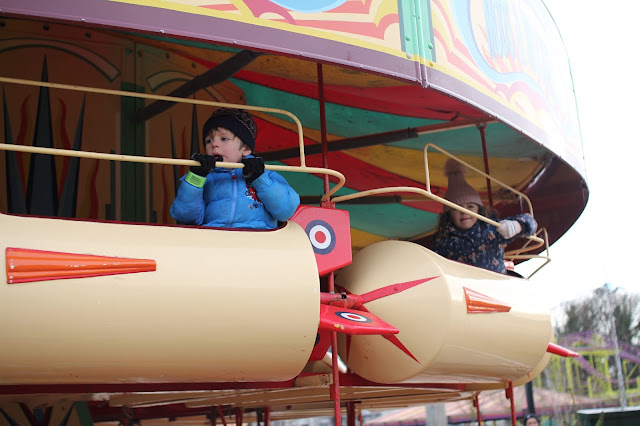 We popped back in the evening to see all the lights in their splendour and we were not disappointed. It looked somewhat more magical in the darkness. The night was rather a quiet one I think because the temperature had fallen a lot but it made it even more special. We had the first choice of all the rides and the children got to experience the rides in the dark. 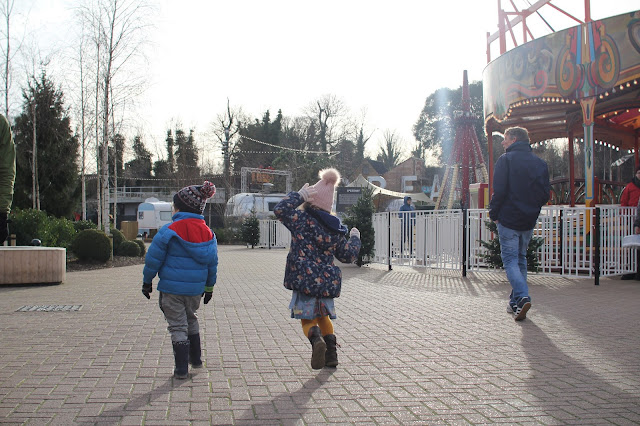 All in all, we had a wonderful day whilst at Dreamland. The children enjoy going and they can get on to most rides. The only thing we were disappointed was that they were too small for the dodgems a firm fave with Son Son. It's a great day out for all the family its bright, its cheery and the sea air will make you feel refreshed also.

Heres Some more photos of our day as I couldn't find a favourite. Thanks Dreamland for giving us some passes so we could enjoy all the Christmas Joy. 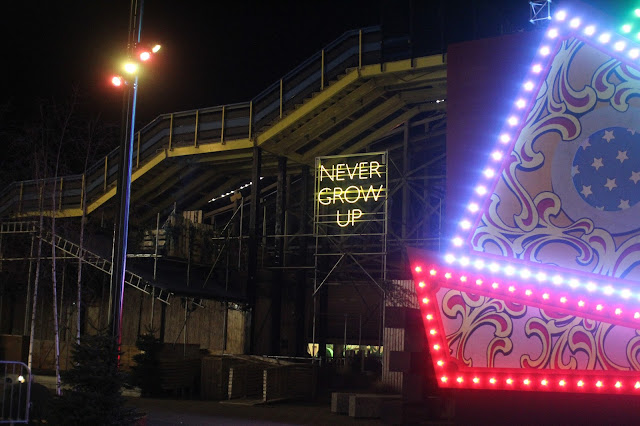 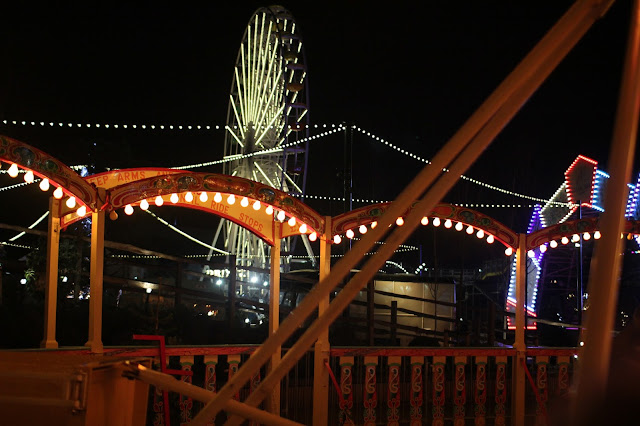 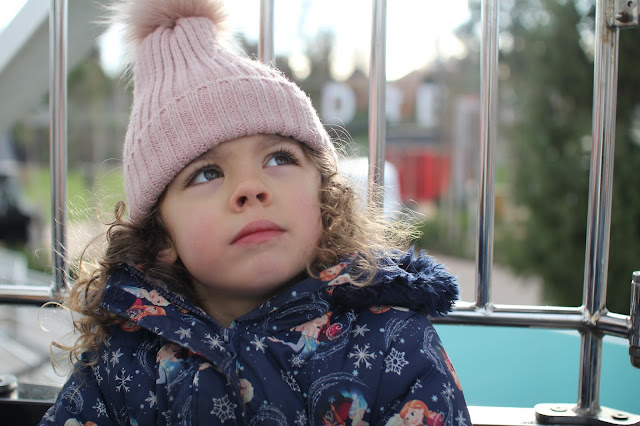 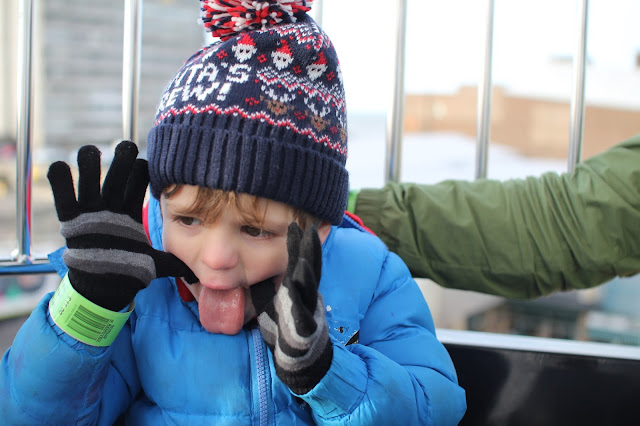 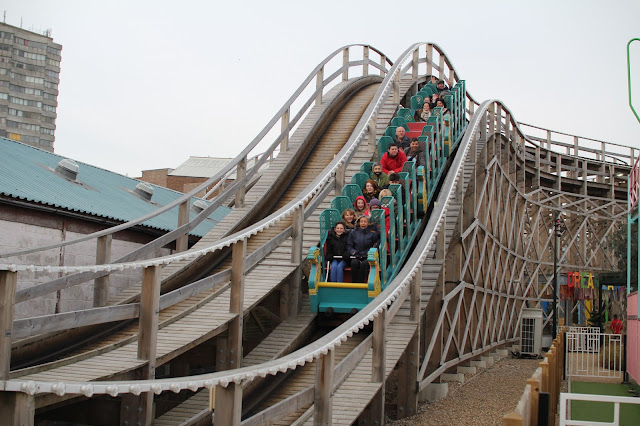 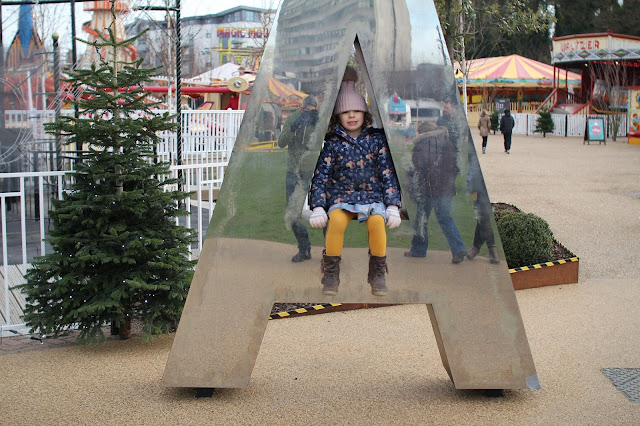 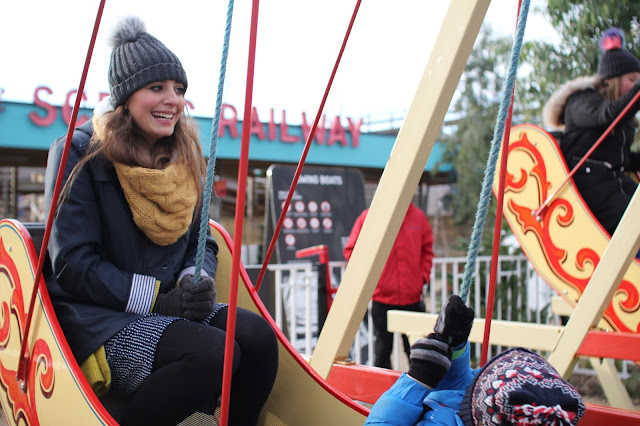 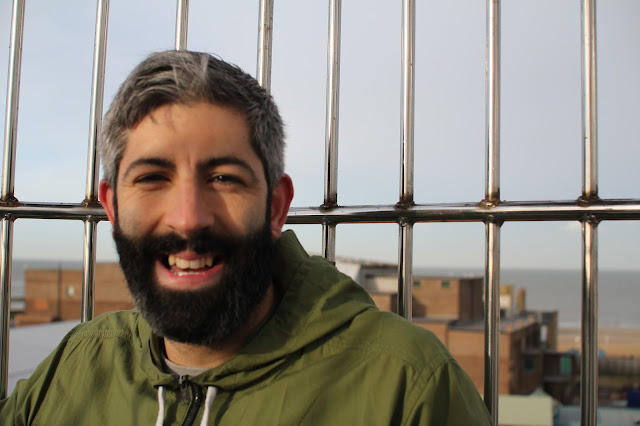 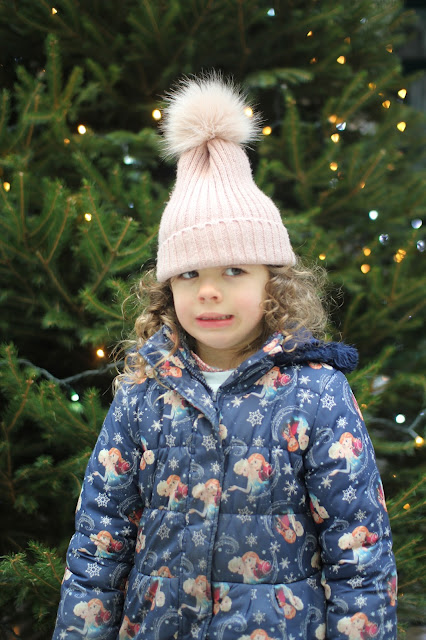 Posted by Mummys little blog at 21:57 No comments: