Days at the seaside

Now my son is older he would much rather go to the park to play football rather than go to the beach. Much to my disappointment but there are a rare few times when I have managed to get him to the beach and avoid the boring old park (and believe me it is boring when you spend 5+ hours there a week!!). We live very close to the beach and the although with alot of moaning he does enjoy it. 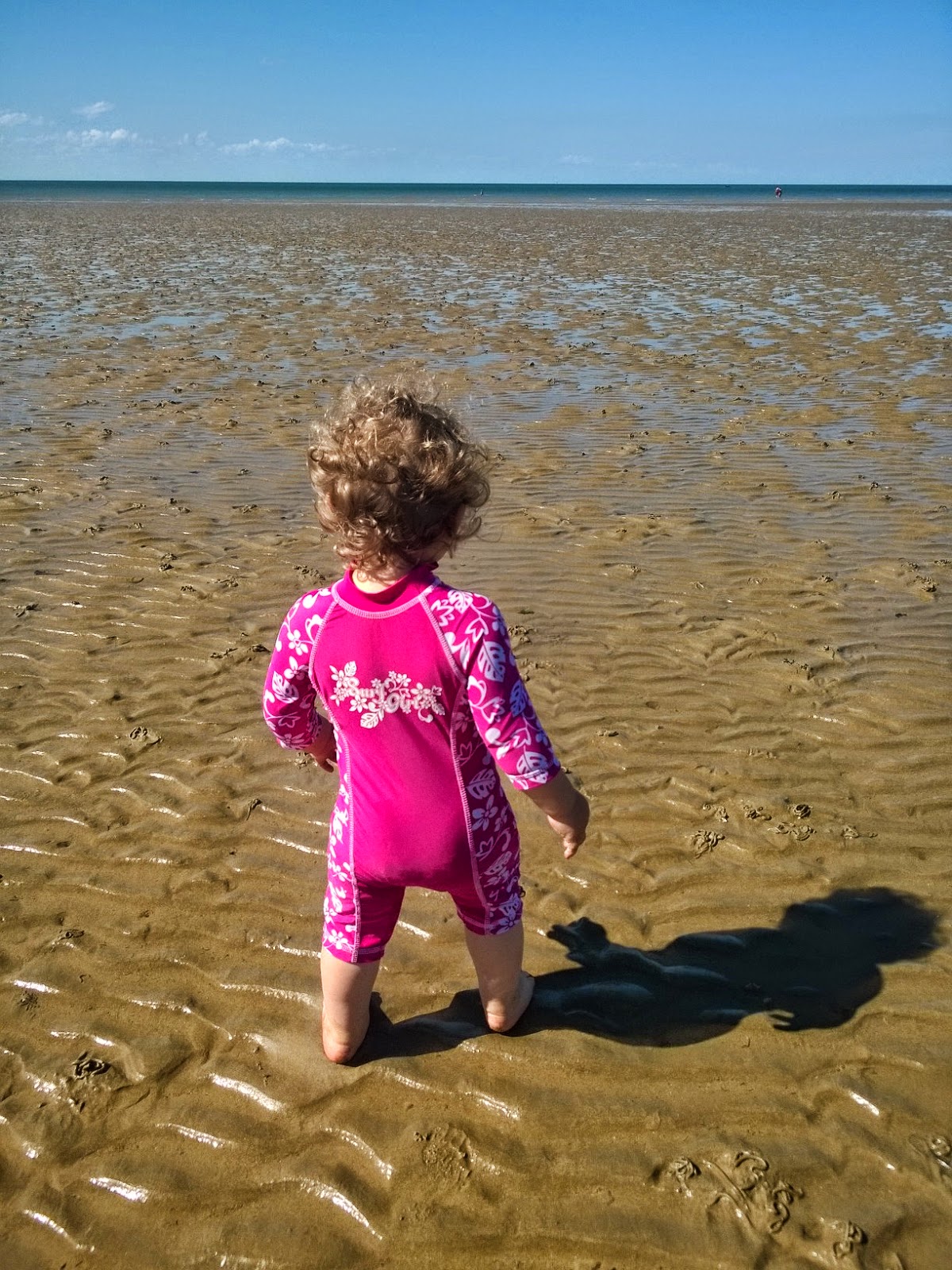 My toddler Ami also enjoys it, although the sea was a little cold she enjoyed building sand castles and then breaking them. Its funny to see how different she is to her brother at a similar age, I can see her decorating the castles with shells where her brother had to be restrained from other peoples sand masterpieces. Pants enjoyed swimming the tide was right out so he had to go way too far out to get to his waist, and still push the boundaries and go deeper. He had swimming lessons but I wouldn't call him a strong swimmer. So I had to stand on the edge of the water shouting him to come closer good fun, gave me a sore throat. 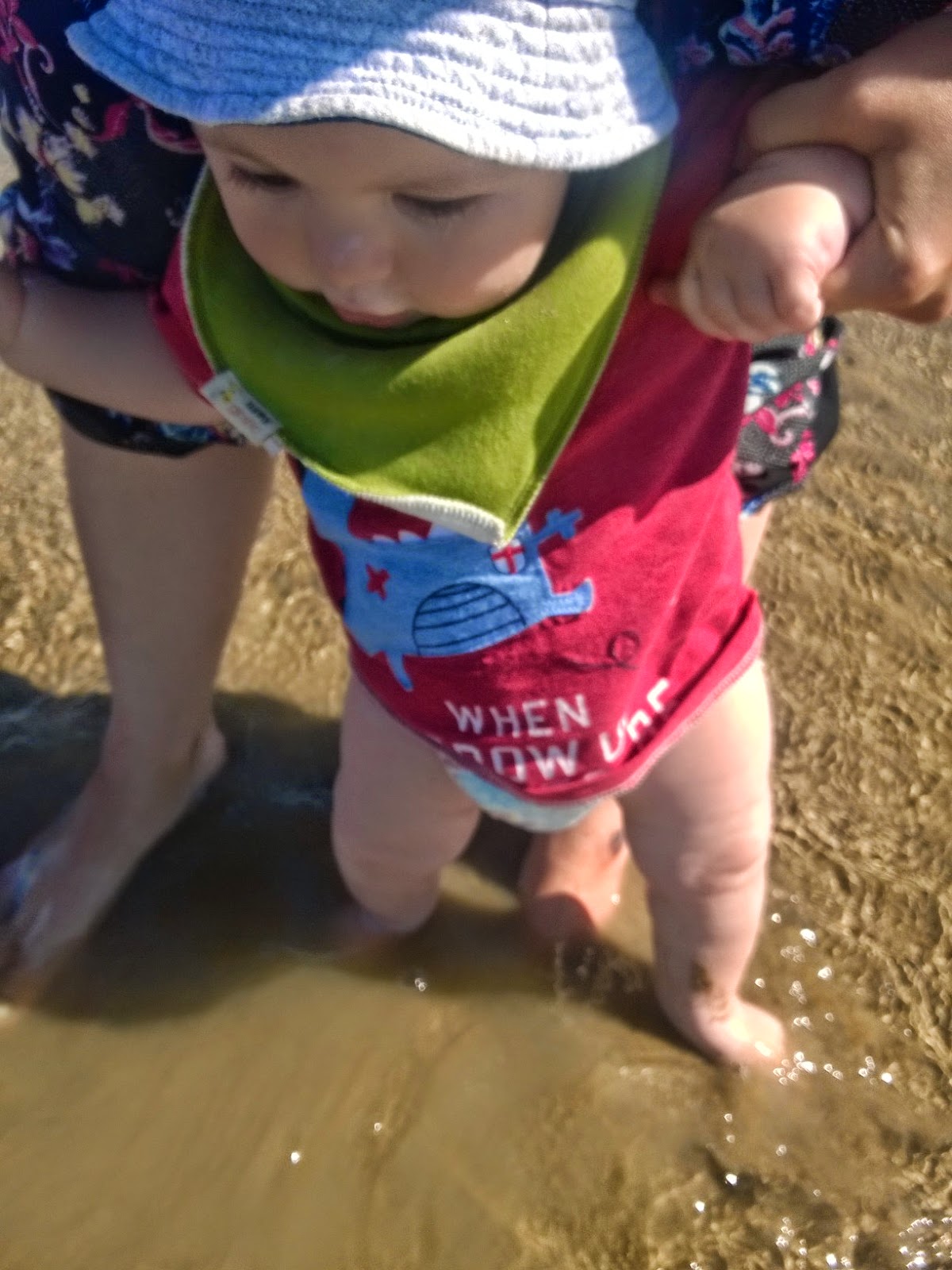 On return from the sea he found a abandoned starfish in which he insisted of torturing saving. He held it to get a bucket ( the sea was alot closer) then keep it in the bucket to show his friend. The tide was so far out he didn't want to return it (he did eventually after a stern word from me). Little Bear also enjoyed a bit of the beach being only 6 months the sand is too much temptation. He was so cross he couldn't eat the sand he fell asleep covered in sand and very cross. I took that time to try and play bat and ball with a 22 month old, she wasn't to bad she has really got hand eye coordination. 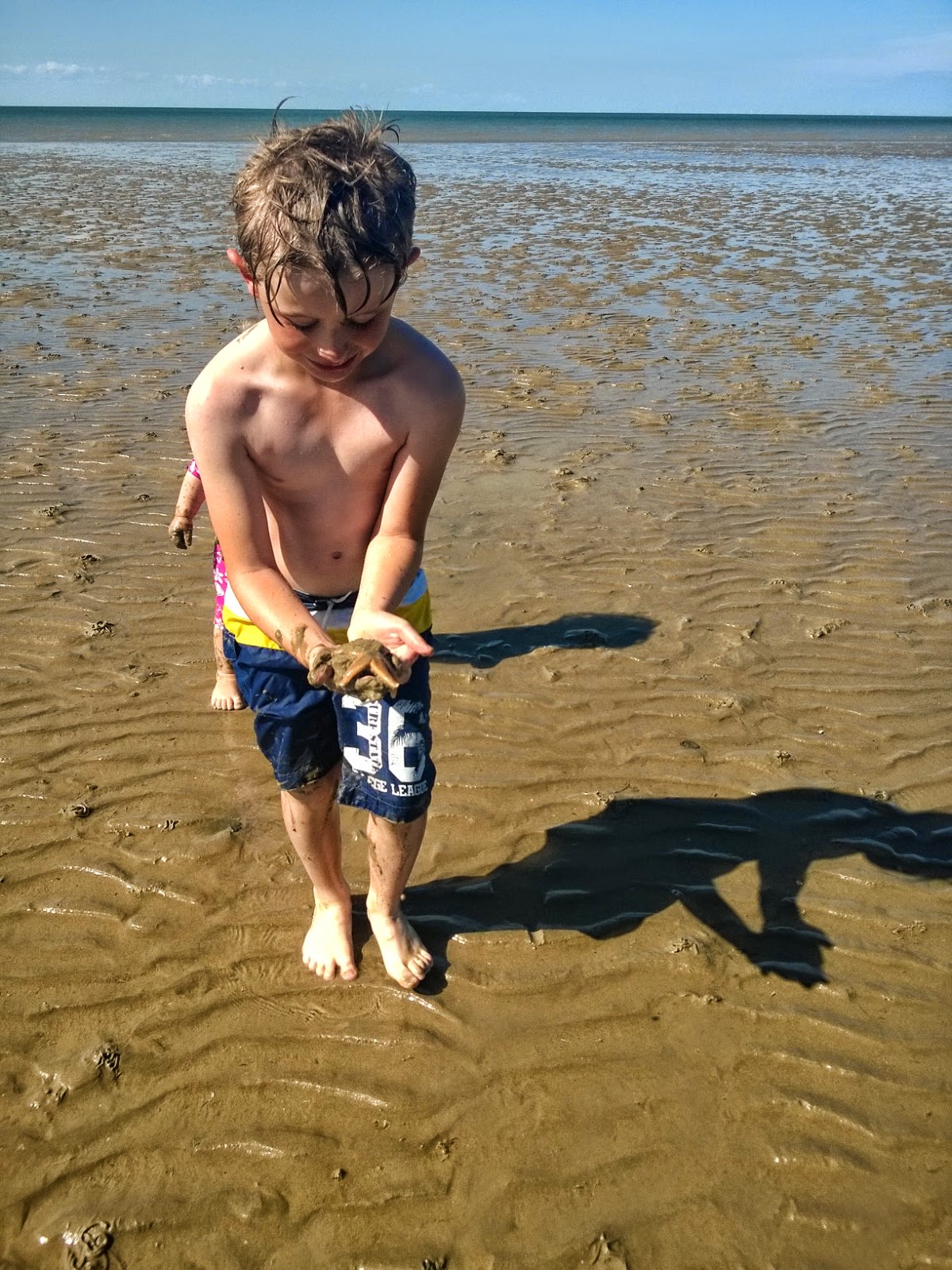 It was a lovely late afternoon at the beach, one I hope to repeat alot this summer. We walked home bare foot taking in as much as we can. Pants playing on the bank trying to stay out longer, Ami trying her hardest to get out the pushchair and little bear crying because he was covered in sand/ hungry/ teething or generally whatever these babies cry about. Then we get home sand is everywhere but the kids are all tired and happy, good end to the day if you ask me. 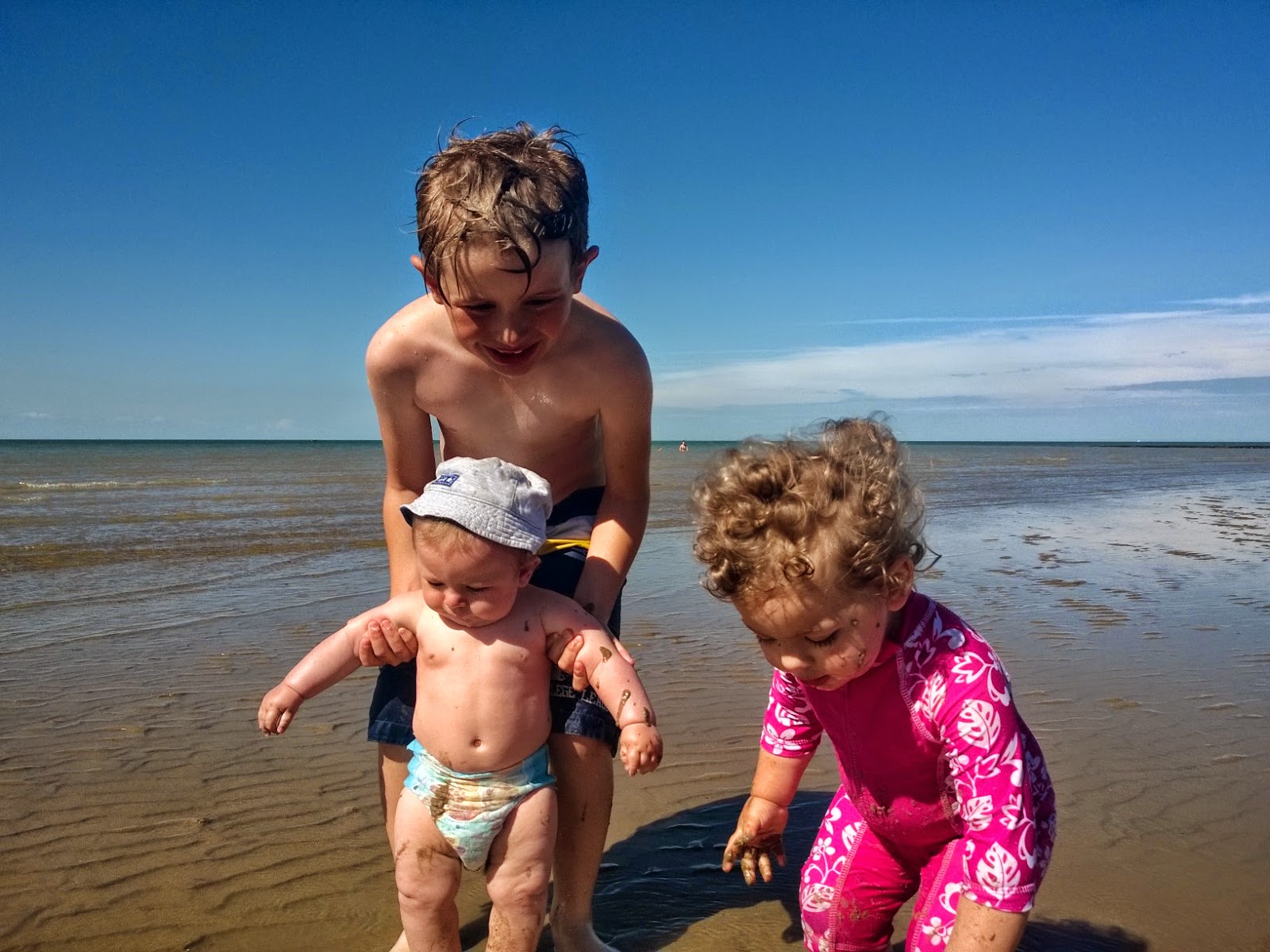