So we finally got there 6 months in of having 2 under two, only a few more months then I can no longer say that. It has been so amazing, I have to say but in life the hardest things are the most worthwhile sometimes. Hard work yes at times but we are finally reaching the other side (one hopes). Now little bear can sit on his own and doesn't want to be held so much its nicer, I dont feel like I have a baby attached to my side all the time.

They both seem to poop at the same time which is always helpful, as I dont feel like I am constantly changing nappies like I did when Little bear was first born. Little bear also thinks he is like Ami, he wants to move and tries to walk but has not got to grips with rolling over let along crawling. He hates to be lying down and is cross until he is sat up, where he can see the danger of his sister pelting towards him. She tries to mother him by feeding him her food, finding a bottle and forcing it in his mouth, putting his dummy in. It can be nice to watch and its only every now and then he gets a whack to the head for no reason.

We are enjoying this time at the moment, enjoying the look of pure joy between all the siblings, Pants included who as the eldest brother of two small ones does enjoy it when they go to bed and he gets a bit of peace in the evenings. It can be hard work at times, and I look forward to bedtimes too, but those days are becoming less and less. most days just fly by where I am so busy sometimes.

So here we are six months, nearly seven months being a mum to 3 children, 2 of them being babies. Hard challenge but so so rewarding. Before I know it Little bear will be walking and I will have two to run around after. 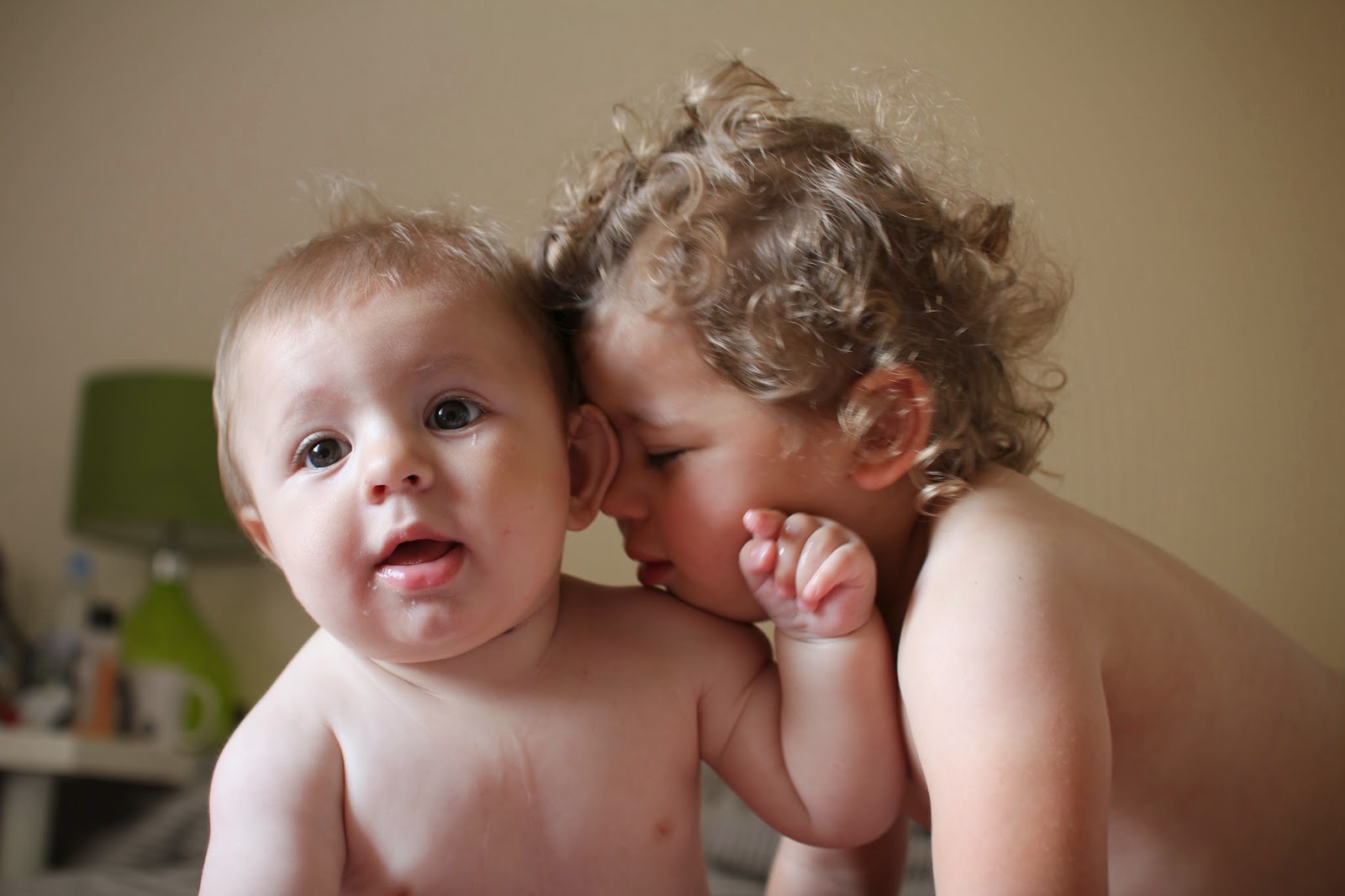 Posted by Mummys little blog at 13:28

Email ThisBlogThis!Share to TwitterShare to FacebookShare to Pinterest
Labels: 2 under 2, babies, toddler