Were now at the stage where milk isn't filling little bear up and has been wanting to feed all day if he could. With Pants I went down the puree route having not known about baby led weaning (BLW) and that worked fine, he would and still will eat anything. Never was a fussy child and loves to eat. So when Ami came along I loved the idea of BLW and she took to it well. Enjoying feeding herself and slowly introduced foods. I didn't completely go down the route as would feed her porridge in the morning but as soon as she could she wanted to do everything herself. She has the most amazing appetite of a toddler I have ever seen. She can polish of dinners fit for a child twice her age and even eat a huge range of foods. So with all that what to do with Little bear. 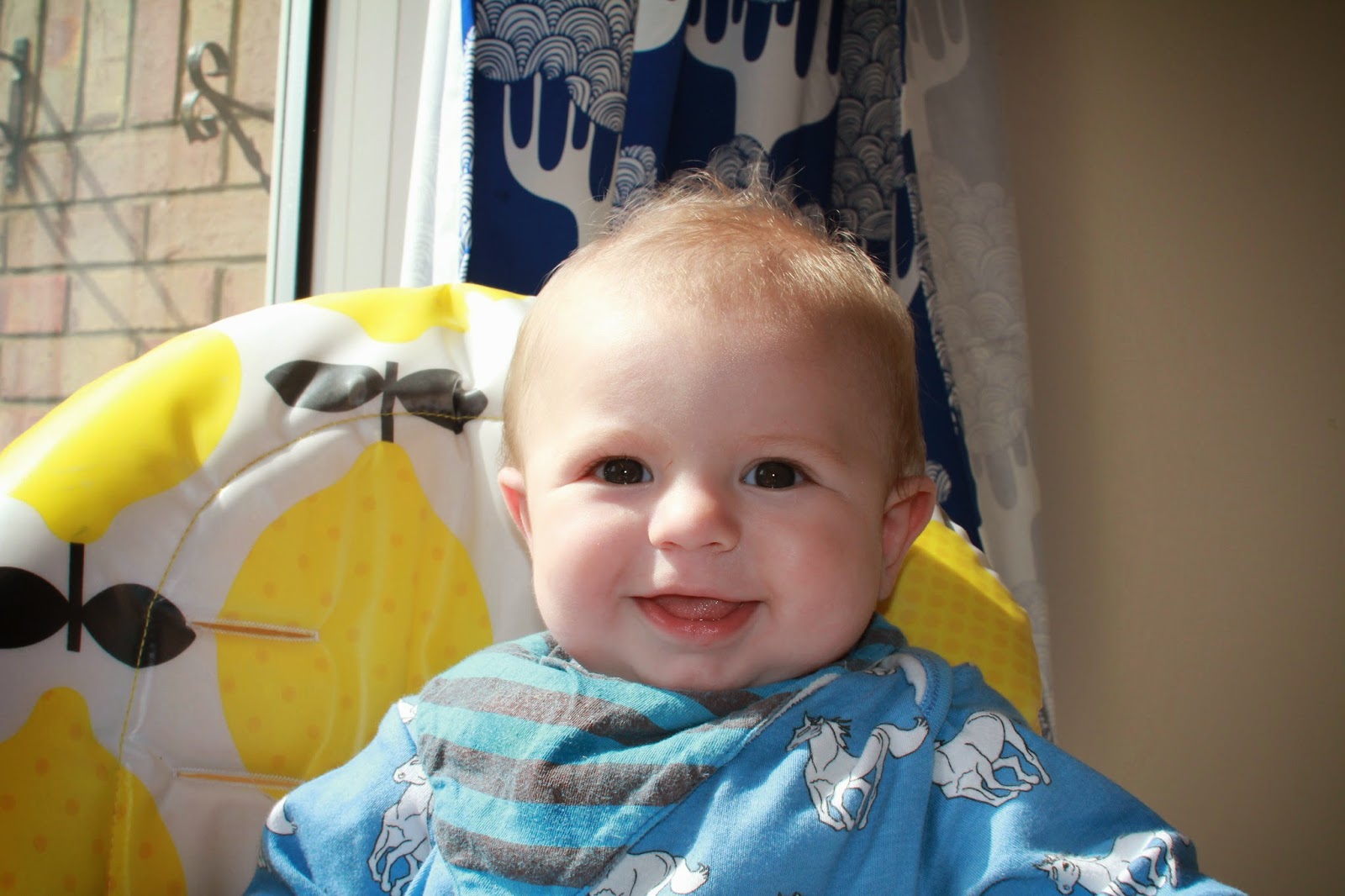 At 16 weeks when Little bear was going through his I don't like to sleep phase I was desperate for him to sleep, he wouldn't take formula and I just needed sleep so I tried to give him baby rice. No success he didn't like it and I let it go. I tried again a few weeks later with something else, still no joy so I left it again. Wondering what route to take shall I just wait for him to show interest in food or go with my instincts. The other two seemed to love food and I didn't really have any issues. 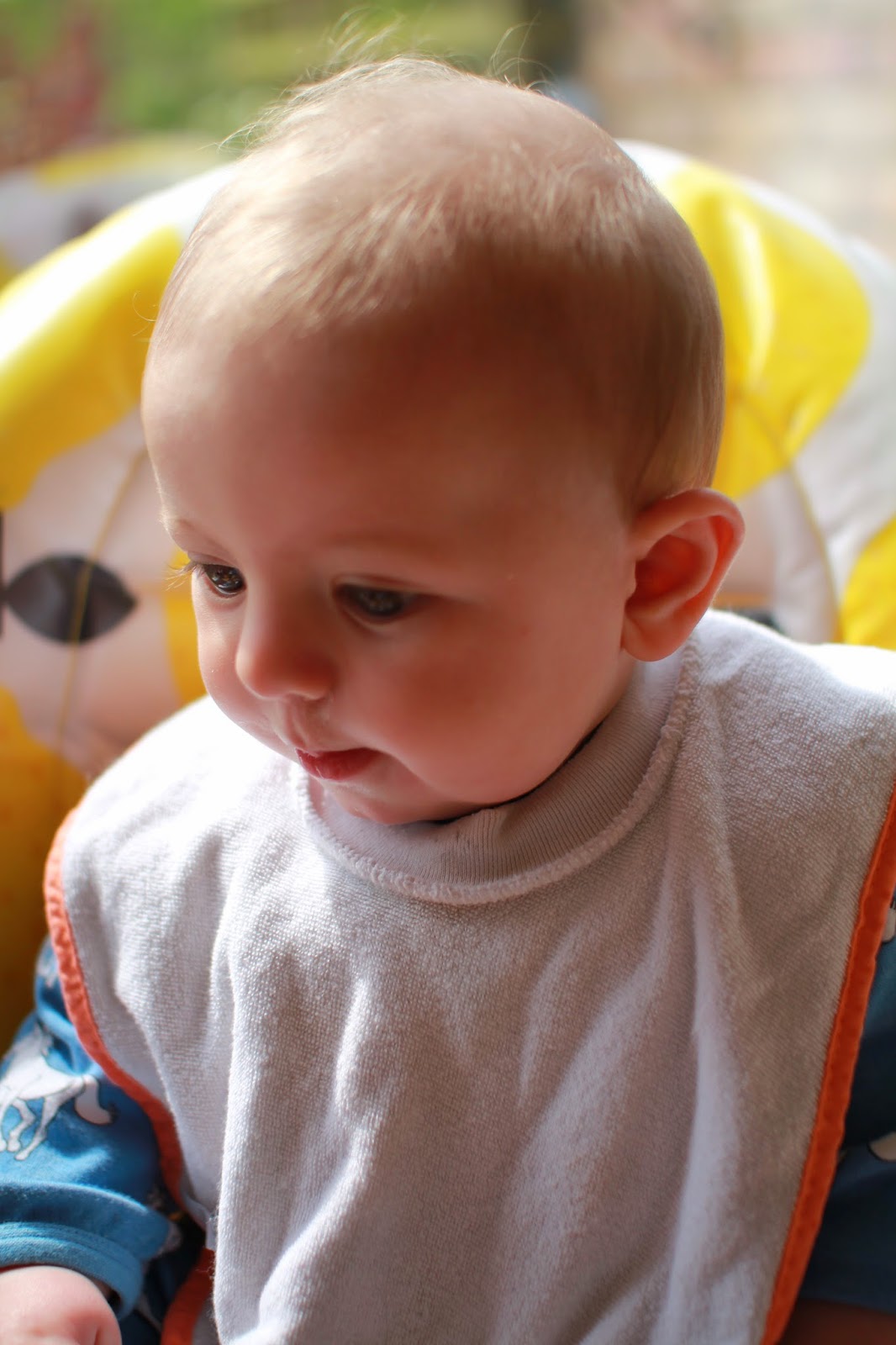 Little Bear can sit unaided for quite some time which is usually a sign that they are ready for food, so I sat him in his bumbo with the tray and placed some broccoli on there and he went mad. Gummed that bit of broccoli as much as he could. He also got cross when I took it away. I can see why he watches his sister eat and always seems to reach out for what she has. I even started to give him some thing for breakfast which he eats of a spoon. So for now I am mix feeding him a puree and proper food for tea. I will slowly introduce lunch but I am in no hurry as it means more stuff to sort and whilst he is happy with a bottle at lunch then I am a happy mum.

Here is a little Video of him gumming some vegetables.

Posted by Mummys little blog at 22:03