The other day my little boy was 7, very scary 7 somehow feels much more older than 6! He was so excited and had been counting down the days for weeks. He had mentioned loads of things he wanted to do, one being center parcs,  another legoland hotel. 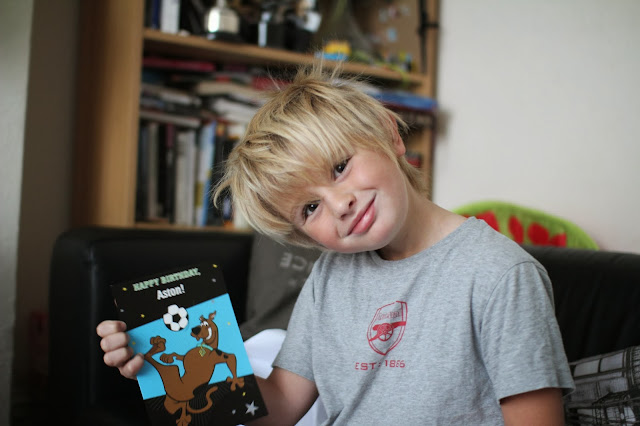 He woke up early ready to open some presents before school, Ami was even more excited to see loads of balloons and presents. She got stuck into Pants presents and cards and he was very patient and let her open some of his presents. He got some lovely presents in the morning and even had a big breakfast with many different options in which he was very pleased about. 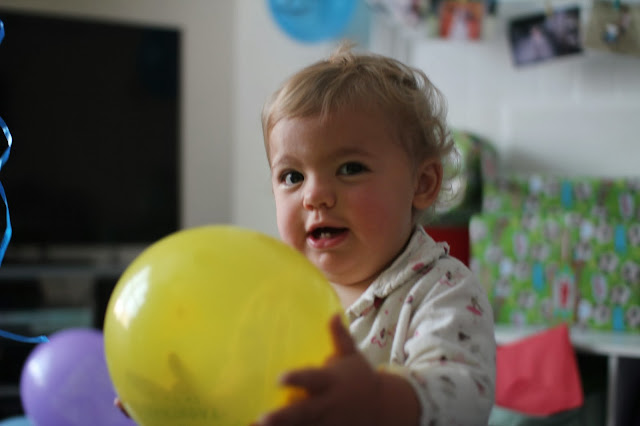 Around lunchtime I get a call from the school that Pants had been sick and needed to be collected, my thoughts were that he had pretended or made himself sick. That didn't matter still had to collect him, I wondered if it had anything to do with all the lovely presents at home and the new Disney Infinity game yet to be played with. 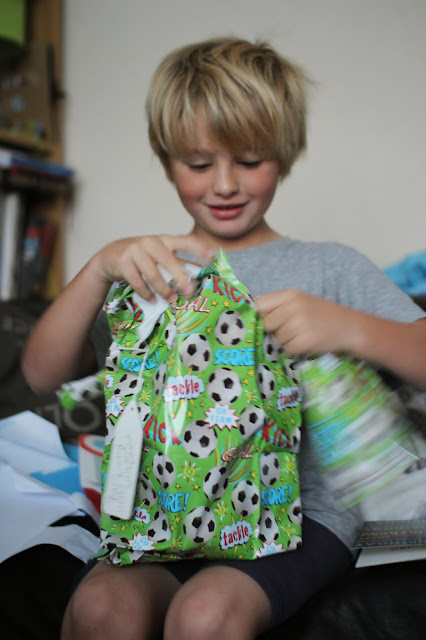 So then we had to wait a few hours for my family to pop round with more presents. All Pants was waiting for was a fish tank my mum was getting him but to his disapointment he had to wait for the fish. His first ever pets Frank and Archie are now resident in his bedroom! 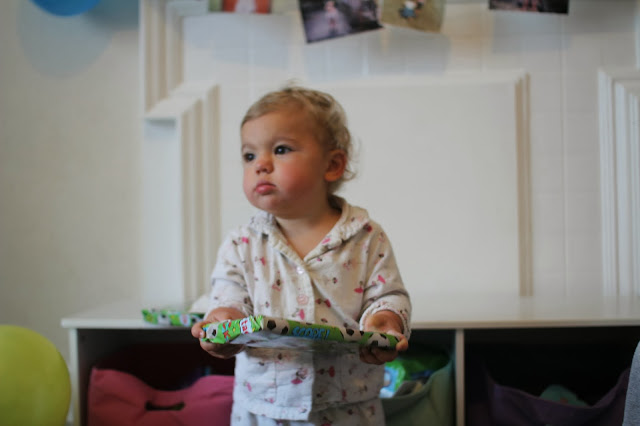 So after all family had gone more presents opened, cake and food consumed everyone had gone and Ami was in bed we built lego and had dominoes pizza. Pants had a lovely day and was very spoilt! 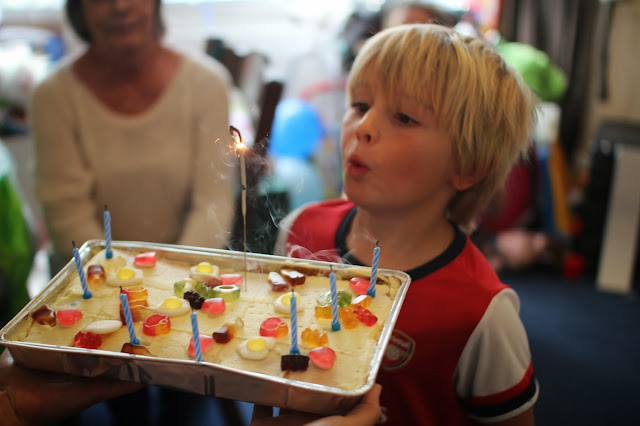 Posted by Mummys little blog at 22:12