Toys are on a different level these days, seriously when I was younger my sister had a doll (Chucky doll I called it) that had a tape player in the back and it played cassette, that was as advanced as it got.   Well now days children have so much technology growing up that they won't be miles apart from us growing up. We recently got sent a special bear, a bear that connects via bluetooth to communicate with your child. My Friend Freddy bear a bear that really knows you. 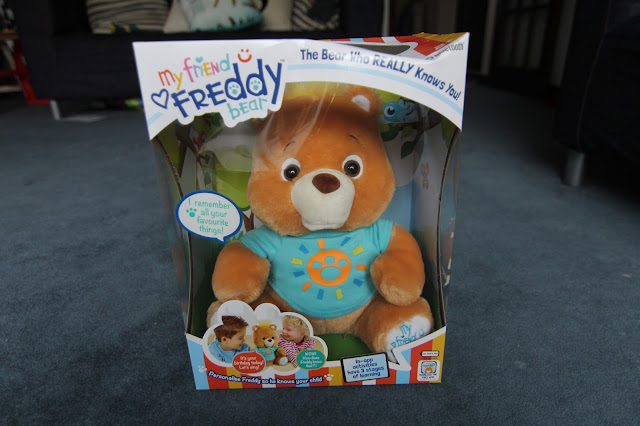 How you may ask? we'll it all involves a app that you can download called My Friend Freddy bear, the app is free and easy enough to find on IOS and Android devices. You fill out a long list of questions such as Favourite games favourite foods, so that when it pairs up to a phone it can communicate with your child. He can't talk back to your child but it does pause when they are talking which I thought was rather cleaver. The bear itself is easy to set up you just need a couple of double AA batteries and a screwdriver. When the bear talks its mouth moves also it has had things placed into its mouth by Son Son he loves it. 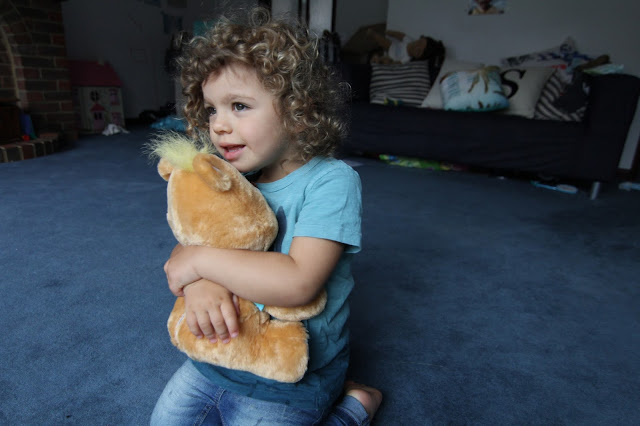 There are a few games you can play on the app where the bear will help your child, also some stories and a puzzle. All rather captivating for a toddler although my toddler did get frustrated with one of the fish games because it didn't quite do what she wanted to it but at three she managed to work the app just fine. I like the way that the bear would ask if they wanted to play again. The poor bear also got turned over a lot much to my toddlers delight it would often say "I don't like being upside down". Which for some reason they found hilarious. The only issue with the app you can't change user, we found a way round this by downloading it to another device and filling out with a different child. 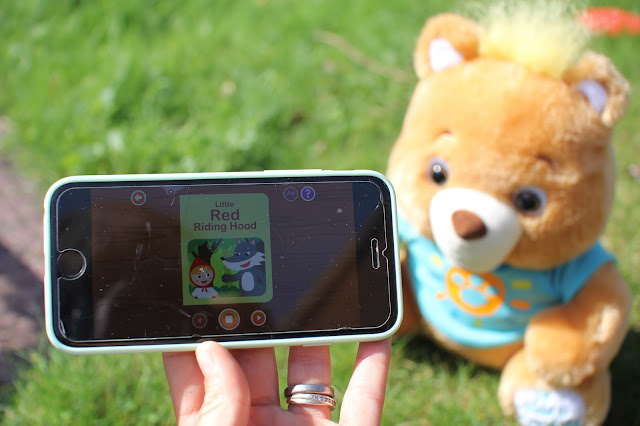 Both Ami and Son Son have loved it, more Son Son he has given it lots of cuddles and kissed and tried to feed it. The little mouth that moves is too much excitement for a little toddler. Ami it took her a while to go near it, she did not like the fact that it knew her name, she warmed up to it when we by accident not realising we were still connected to the bluetooth played a music video on youtube and it sung. Not really sung its mouth moved with the music she loved it after then. 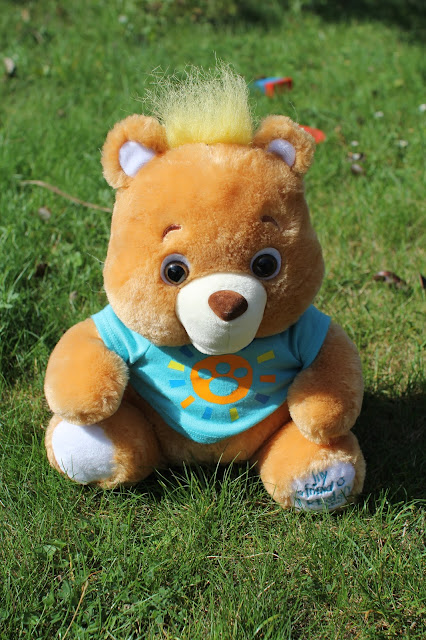 The my friend Freddy bear costs £39.99 and is a lot of fun for children, and adults if they want to scare friends when they come round. My husband placed it next to someone without them realising then set it off via the app. He can be a little mean sometimes. Not just fun educational too. Theres also a function where you can black list certain words so that it can't be tampered with or if you were teaching a child not to say something it can help. The voice is a bit funny doesn't sound like a Freddy I would have imagined more and elderly computer lady but the kids didn't care. We found it to be hilarious especially when it starts going off on a tangent.


A Christmas top list I bet this year and what a lot of fun it is too. Something a bit different and interactive too. 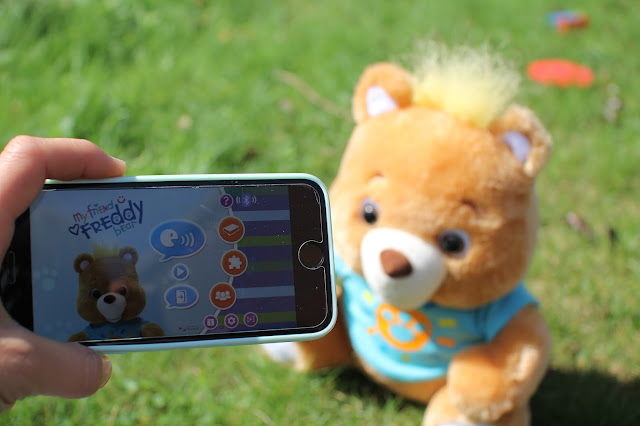