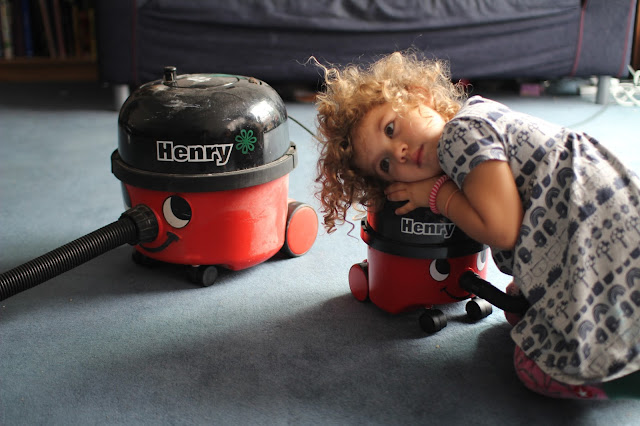 My kids are obsessed with our Henry Hoover. Literally since they were babies they would follow me round and try and sit on the hoover. In fact the still do, they steal it off me and ask to hoover. It means hoovering takes 10 times as long but they love it. 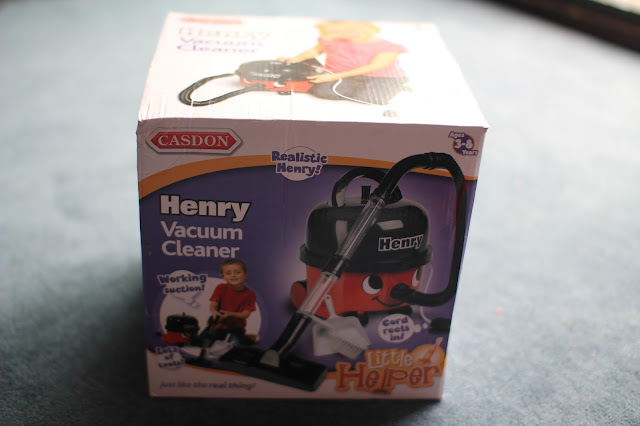 I knew when I was asked to review a toy Henry hoover my kids would be over the moon, they make me get the big one out straight away and hoover. Lets just say since having the toy version I have never hoovered more in my life. My two toddlers love role play and especially love cleaning. They have actually shared it only because one of them had to have the big hoover first. 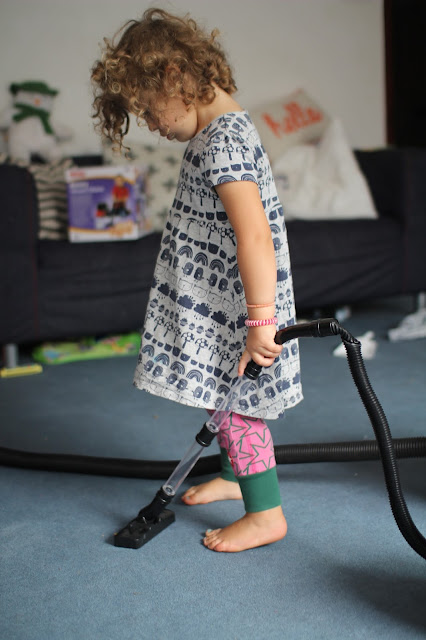 The Hoover is light weight and aimed for children over 3. Sonny who is nearly two loved it just as much. All the pieces can be stored inside the henry and even come with a little dust pan and brush. He really is identical to the bigger version and even has pretend little buttons. The little hoover also works as a very light weight hoover. Ami hasn't been impressed with it, she get cross that it does pick up somethings. I did explain it is just a toy but she gave it to Son Son to have a go. 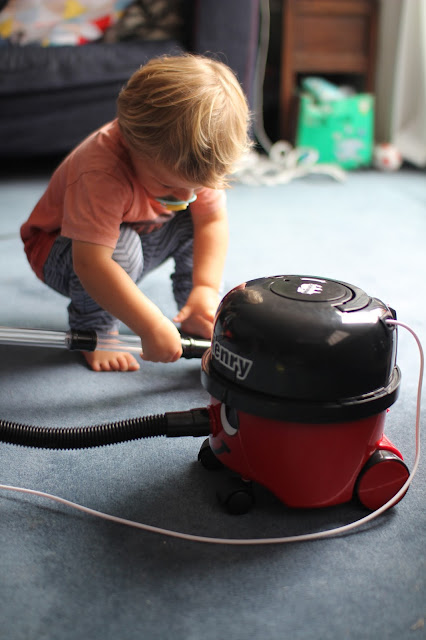 Henry is on wheels and also has a wind up cord too so the children can be just like mummy when hoovering. I love it now every time I hoover Ami gets her little hoover out, it really is the sweetest thing ever. Like our big henry the tubing isn't that strong and I hope it lasts with two squabbling toddlers. 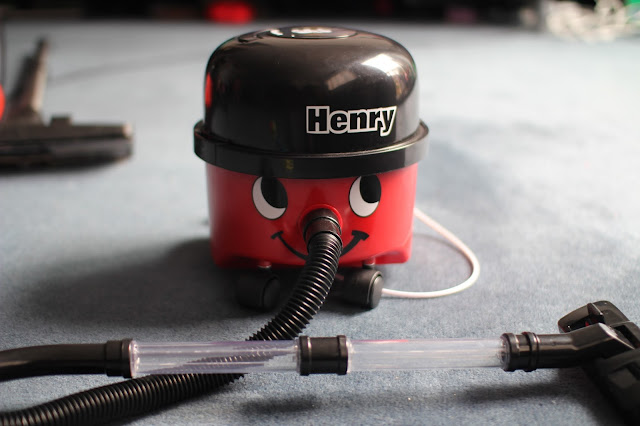 It really has taken the kids role play to another level, they always want to help. Even Asti my 8 year old wanted to get involved although he ACTUALLY hoovered. The Casdon Henry hoover retails at only £19.99 and is such a bargain. They have a large range of other cleaning toys too, if thats what your children love. It is aimed at ages 3-8 and really is a big thumbs up from us. 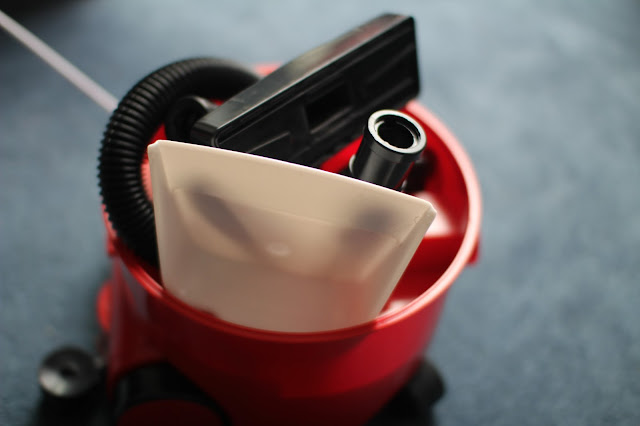 Posted by Mummys little blog at 21:57