Our first ever trip to Disney Land! 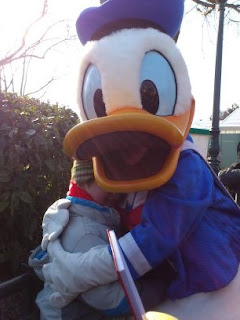 Always as a girl i wanted to go to Disneyland so when the offer came up in the good old sun for a trip for £9.50 we thought yeah why not!! we decided to keep it a secret from Pants and tell him when we got there! We decided to go in February we were worried before hand as it had been snowing in the UK and hoped we could get there! But everything was ok but it was so cold! the drive there the windscreen kept on freezing over, and my husband to keep him awake whilst driving had the window open! The journey took 5 hours from Home to Disneyland Paris so not too bad! The great thing about going this time of year is that the park was very quiet! there was hardly any ques for any of the rides huge bonus! but Pants didnt want to go on to many rides just the smaller ones! We went on the buzz light year ride which was Pants Favorite. He also loved meeting Donald duck one of his favorites!  We also took him on the armageddon ride but he didnt like it he cried!! He also said next time  he wanted to go to America so they didnt speak french! We had a lovely and tiring 24 hours but was defo worth it for the price of £19.50 bargain!!! Heres some picture from our day!! 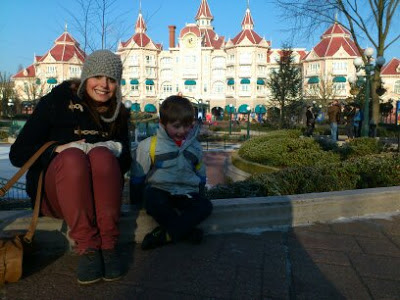 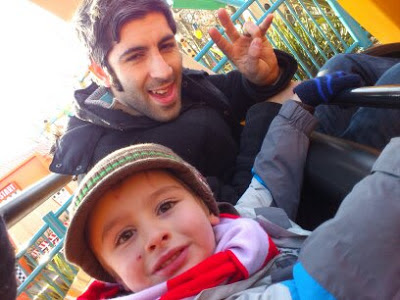 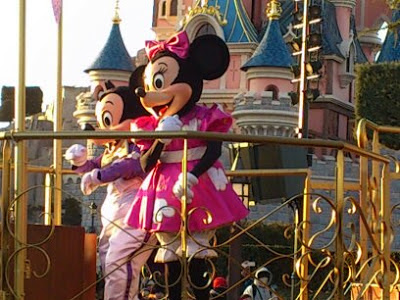 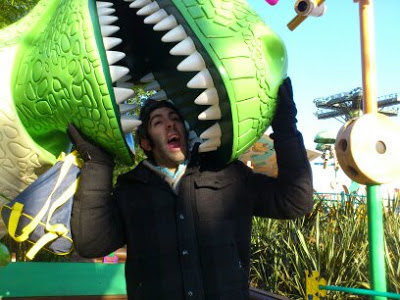 Posted by Mummys little blog at 08:39