Once upon a time Princess Rose Peppa Review 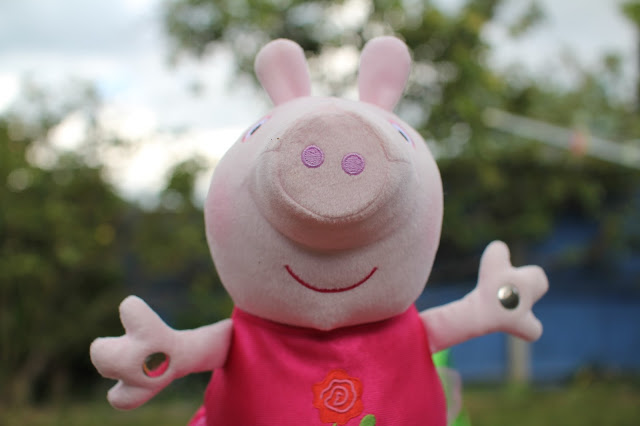 My toddlers adore Peppa Pig, they would sit and watch it all day if allowed so when we were offered some Peppa Pig toys I knew they would be over the moon.  Ami loves Peppa and Son Son loves George. So I knew when this Princess Peppa Ami would love it straight away. 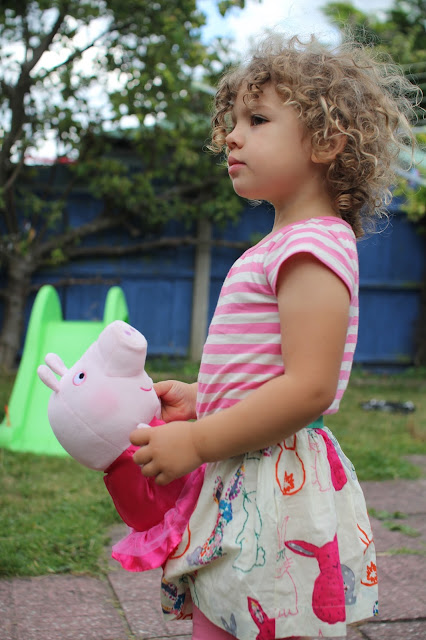 Once upon a princess is the perfect size for your toddler to carry round and play with friends. It also has the benefit of being a bit different because when you hold her hands she sings ring a roses. Which the toddlers loved and would spin around with her laughing. 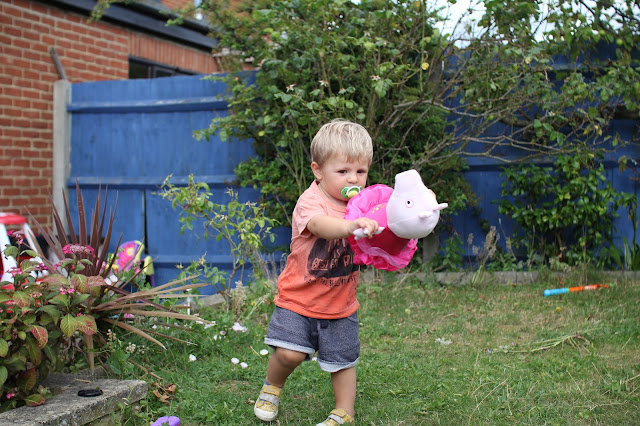 She only sings when you hold both hands meaning there isn't a chance of it going of whilst in bed. It took Son Son a while to grasp the idea of holding her hands but when he did, its all we heard for about three days. 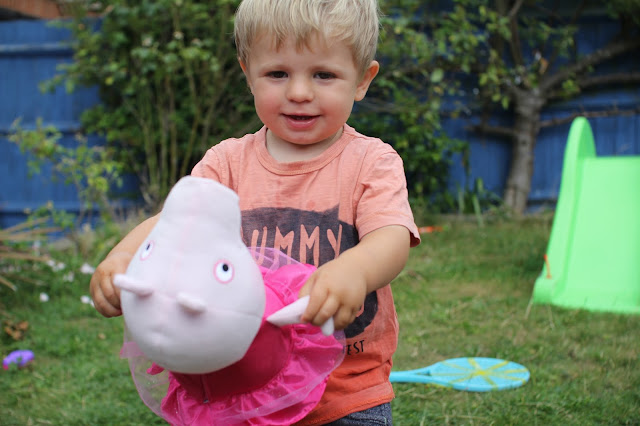 The only thing that was maybe a tad annoying is that as soon as you let go she stops singing, then when you touch again she starts singing again. Which at 6am in the morning on repeat is a tad annoying. Thankfully its not too loud but a tad shrill when you have heard the same song about 10 times in a row. 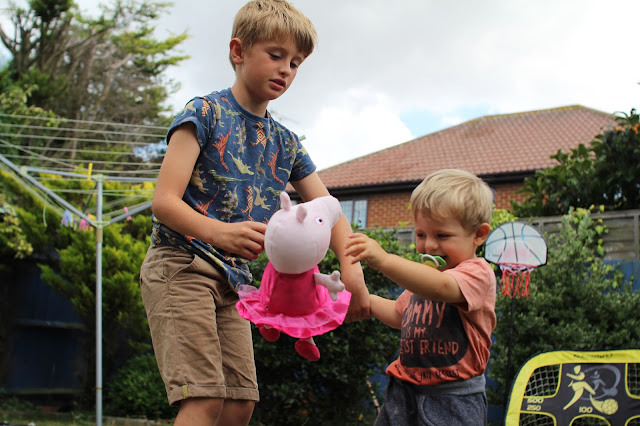 Its a great idea for a soft toy and really got my children up and wanting to play ring a roses together. Son Son even got Asti to play with him, which as you can see from the photo above he loved it. 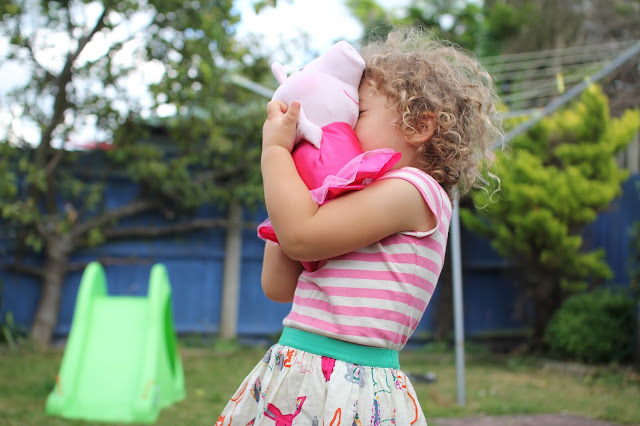 The princess Peppa retails £19.99 which for the size and fun is a reasonable price. A good present to give as a gift.
Posted by Mummys little blog at 09:03