Days out - Herne Bay in October

The other night we promised the children we would take them swimming. They were so excited we event been for a few months and so was I. I think we were all just excited to do something together as often I have been working on a Sunday meaning we have not done much as a family lately. 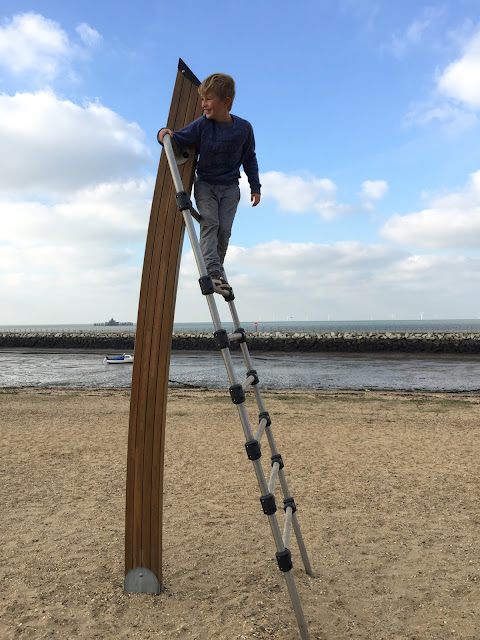 We picked the shopping up and let the babies have a sleep and before we knew it the afternoon had gone by and it was 3pm. When we got to the pool it was closing and we had to console a very upset 3 year old. We were all a bit disappointed, we all love to go swimming. I said lets take a walk into Herne Bay and look at the arcades and the little play park on the sea front. 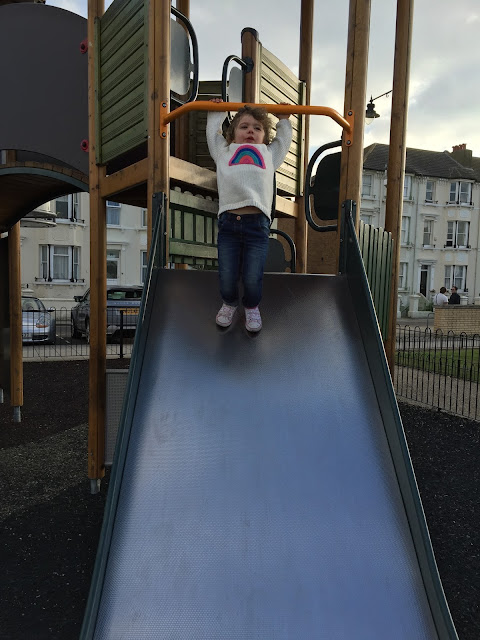 There is an awesome little park on the sea front with little boats and out side kitchens. Also adjacent on the beach there was an obstacle course that Asti enjoyed. He could swing and climb which was nice for him. Whilst Ami and Son Son played in the little park. It was cold though my hands were like Ice and I was looking for some shelter, doesn't really happen with two toddlers. 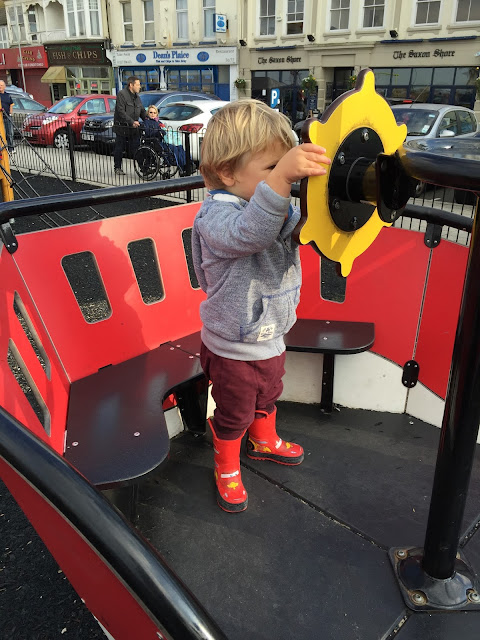 We then carried on our walk along the front and came across the old pier. When I last came here it was a roller skating arena that apparently we went to as children but I never remembered. They have tried to make a go of the Pier with lots of huts for independent sellars to trade. Some fun at the end with an helter skelter and a massive bouncy castle. When we went a lot were closed as it was late Sunday afternoon but would be nice to see it in its prime. We went from the pier to the arcades, which there is a lot on the sea front. Son Son loved the 2p pushers give him a stall and some 2p coins and he is there for ages. Ami went of with Daddy and I later found her conning him out of his money for goes on rides, Asti did his usual try to get as many tickets as possible trick. We didn't get too many I left them there for someone else in the end. 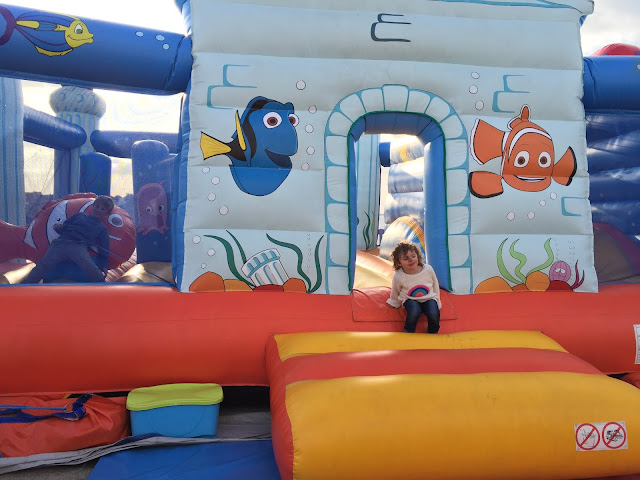 We finished the day of with some Ice cream, which was not needed on such a cold day. I  was grateful to get back in the car. Its a shame we didn't go swimming but next time we will double check before hand. Poor Ami was so upset. I do love spending time together with my little crew they are rather fun to be around. 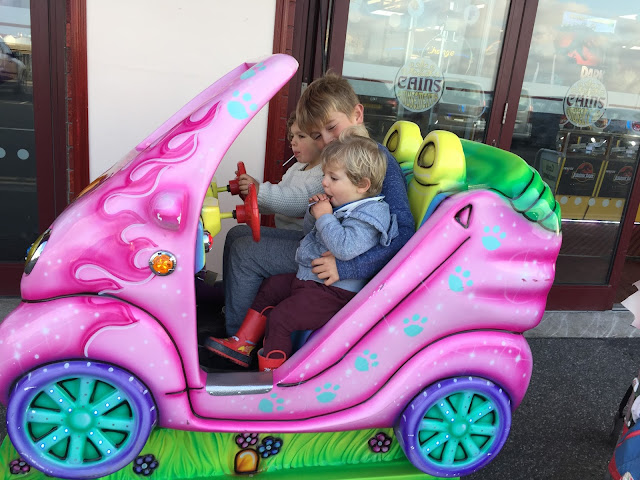 Posted by Mummys little blog at 21:05