Another month flown by and I'm so glad that the weather is getting warmer, well it was now it's cold again. My three have been loving digging outside and just getting messy. It's nice to see the three of them play as often they just argue. They have really enjoyed playing outside and something other than the boring old toys. 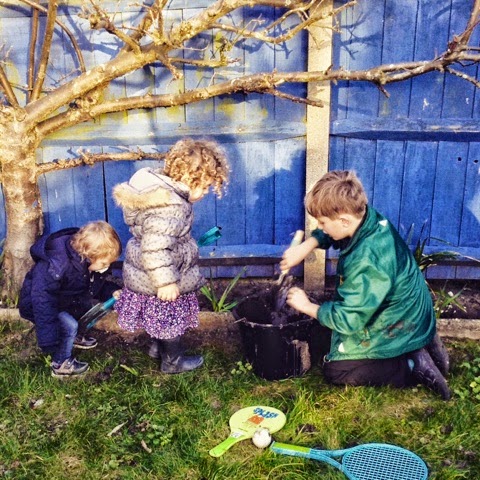 The chain still goes on with Ami wanting to play with Asti and Asti wanting to play with son son the little circle goes round and round. Funny things they are, this month though Ami and son son have played a lot more and when son son isn't breaking her toys they laugh a lot. It is sweet to see and if only A,I didn't get so frustrated with him it would be a lot quieter too. We find the age gap sometimes hard it's difficult to accommodate all three with Asti being that bit older and not generally wanting to do what they want to. Also he is very head strong so makes it clear he won't do it. 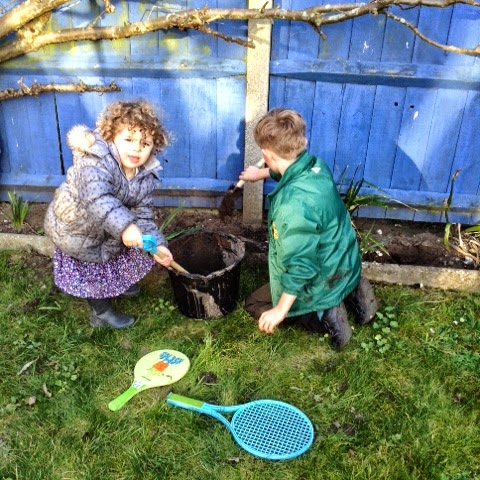 In the garden it was sweet to watch Asti was getting Ami to fill water buckets up whilst they digged for treasure (I ignored all the beheading of the daffodils). Son son even tried to help and hey got along, I got to sit in the conservatory and enjoy the sun with a cup of tea. Very lovely indeed. 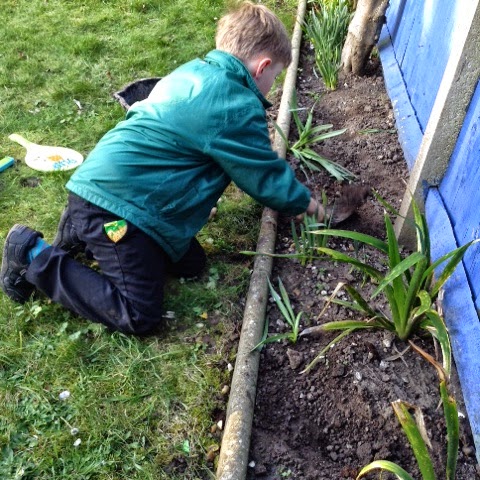 So here is this month, I've written this post on the iPad as the laptop was so slow it was doing my head in. So hope it comes out ok, blogger on the iPad is so pants. With that final thought Happy Mothering Sunday all you mothers. 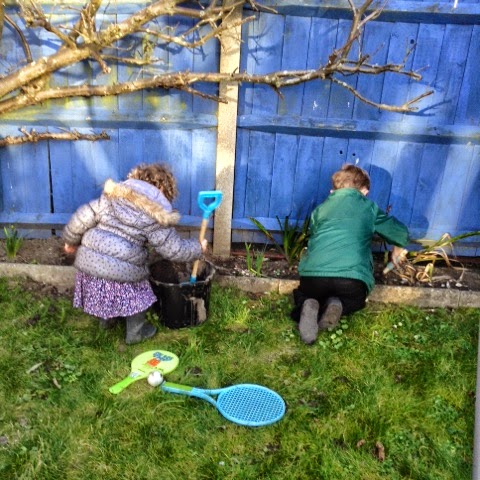 Posted by Mummys little blog at 07:49