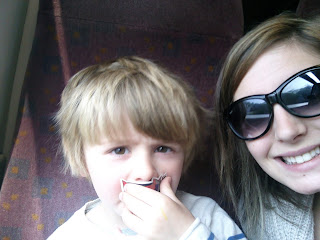 My Magic moment today is a day out i had with Pants! Pants was about four and i has some time of work and he wasnt at nursery so i decided lets get on the train and go to London! It was April time and my husband was away at spring harvest so we just went! We decided to go to the national History museum as Pants wanted to see the dinosaurs! 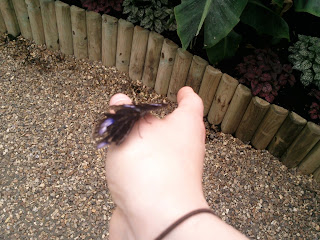 So of we go we live very close to the train station so after a hour and a half on the train entertaining a hyperactive four year old we reach London! My dream as a teenager was to work in London (how sad) only because i read loads of romance novels and apparently thats where you fnd the love of your life! how funny! Anyway we started of gong into some kind of butterfly house! where they kept on landing on us Pants was trying to catch them so we quickly left before getting told of! As you can see from the photo below he wasnt to sure of the butterflies! 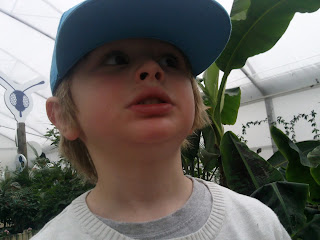 Pants was really excited to see the Dinosaurs after an hour and a half queuing to get in the museum we now had to Que to see the dinosaurs  Pants didnt mind he had be very well behaved beforehand so another half an hour later we finally get in there! And to Pants disappointment they were all dead! I dont know what he was expecting! maybe he thought dinosaurs still existed was very funny! 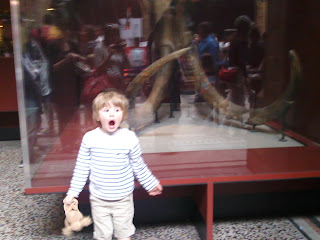 After this we looked round the animals and by this time he had had enough of looking so we got some tea and cake! It was a lovely day and unexpected adventure! We havent done it in a while so maybe sometime soon we can get on the train somewhere! we have Ami too but she is no bother to take along! 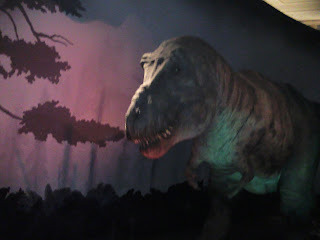 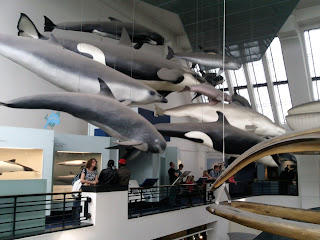 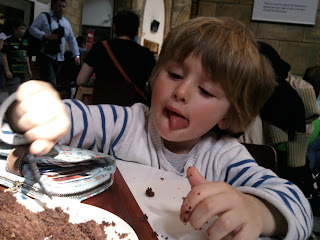 Posted by Mummys little blog at 09:47

Email ThisBlogThis!Share to TwitterShare to FacebookShare to Pinterest
Labels: days out, magic moments