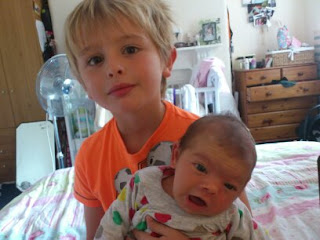 When we found out we were having Ami a huge surprise but i couldn't keep it a secret from Pants! bit of a mistake 35 weeks is a long time to wait, a long time to keep on being asked are you looking forward to being a big brother! he was disappointed that we were having a girl but pleased all the same! But finally the time came and Ami arrived! Pants was excited but did not expect Ami to do nothing! babies are very boring but we made the most of the time whilst she was small playing the ps3 as poor pants was in the school holidays, but least to say yes we have completed lego batman 2! great achievement for our summer holidays! We expected Pants to be a bit jealous of the attention she got or people always asking about Ami but he was such a superstar! he never complained (well sometimes if i asked him to get me nappies etc) but he even wanted to change nappies! As Ami has gotten bigger he is by far one of her favorite people he used to be the only one she would laugh at! now she just follows him around trying to play with what he is playing with! much to Pants annoyance he just picks he up and sits her elsewhere! you can see how much he loves having a sister someone to play with some days! It is lovely to see him play with his sister he is such a good big brother! 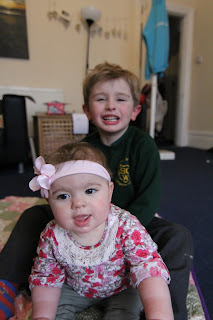 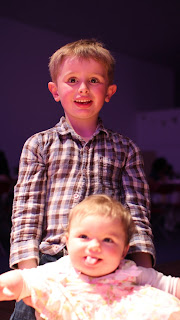 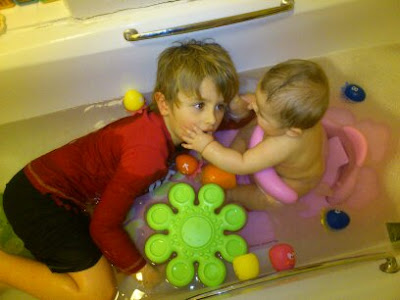 Posted by Mummys little blog at 10:49