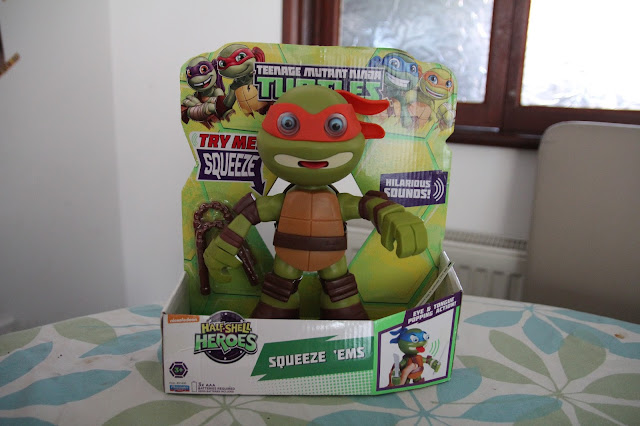 I still find myself singing the original Teenage Ninja Mustant Turtle song when ever I see them, I can't quite remember it and mainly I remember "Heros in a half shell Squeeze" I dont even think thats right.  With that its cool to see they have made a come back and my Eldest son has seen the films he thinks they are rather cool. We were recently sent the new Teenage Mutant Ninjer Turtle (TMNT) Half Shell hero Squeeze Em's to review. 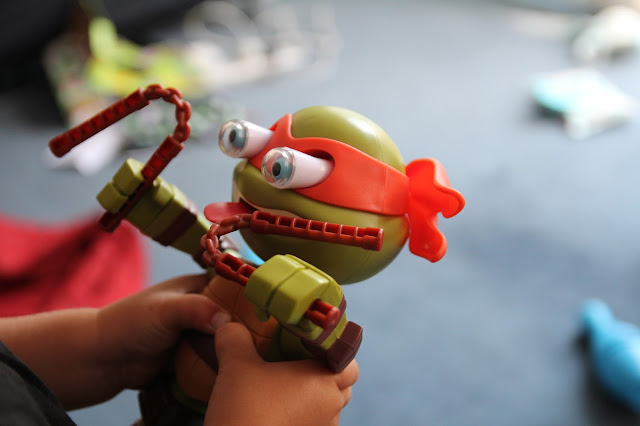 Its aimed for children aged 2-4 and as soon as it came my Son Son was pining at the toy in the box desperate for me to get it out. The all of a sudden he pushed it and the toy burped and ever since then they have been inseparable. Son Son thinks its the most funniest thing ever also the fact that is eyes and tongue pop out of his face he really has taken a shine to it. 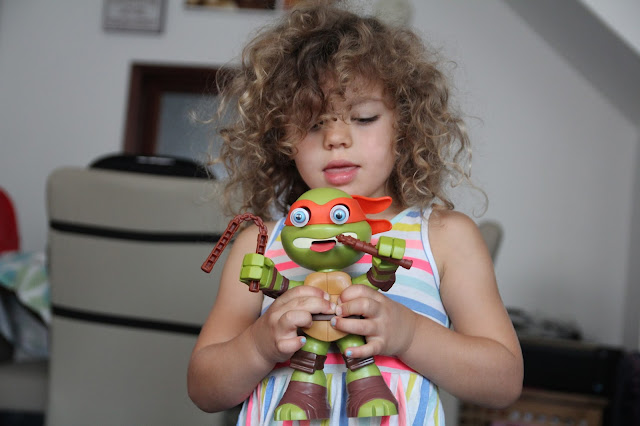 Its easy to play with and doesnt come with too many small parts making it a great superhero toy for small ones. Son Son has been known to out toys in his mouth still so I much prefer him playing with bigger toys. The TMNT Squeeze Em was a good size and not too heavy for Son Son too. He loves any action hero and its his first TMNT toy he has loved it. 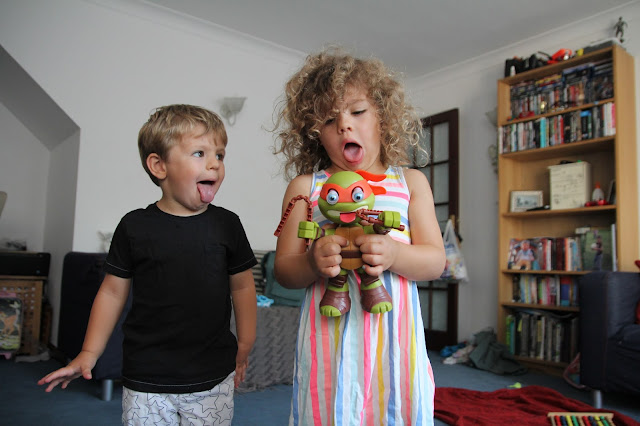 The TMNT Half Shell Squeeze Em's retails at £24.99 and is available online. Its been a great competeion to see who can get the tongue out the furthest, so far Ami is winning she has slightly bigger hands.

Posted by Mummys little blog at 11:01