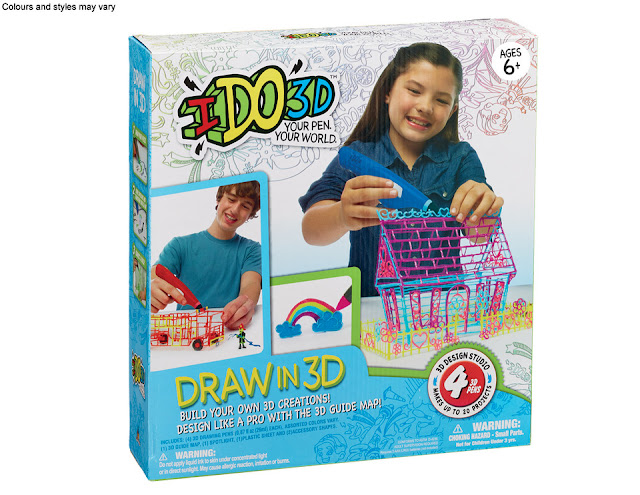 We recently got offered the chance to review the Ido3D vertical Design studio and I knew my son would be desperate to try it. He has seen it on the tv and always goes "Some of that stuff looks sick". The idea of drawing in the air is rather cool and personally I couldn't wait to try it out myself. 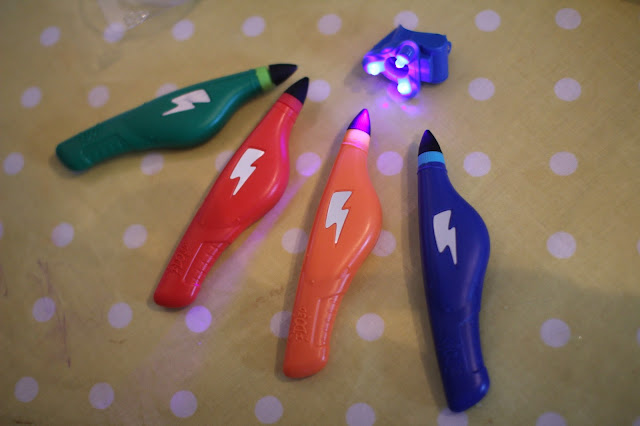 We were sent the Vertical design Studio set which retails on £24.99 and comes with 4 pens, a vertical light, two moulds and templates to design up to 20 different things. Obviously you dont have to follow the templates but they are there if your child need some guidance. The template sheet can help you make a helicopter, dinosaur and a bike. 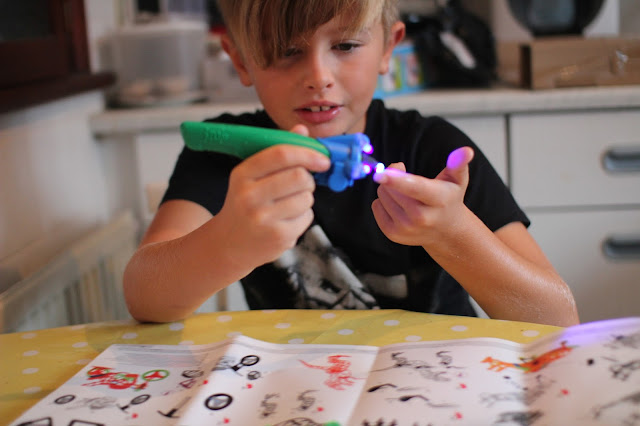 It took Asti a little while to get to grips with the product but after a while he was practicing building towers. We then tried to make a dinosaur with that you follow the lines on the template. After a few attempts we realised we were not putting the gel think enough on the lines. 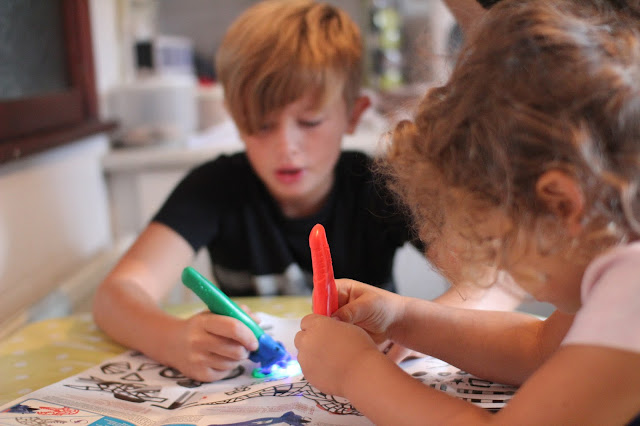 Asti aged Ten worked on making the dinosaur but gave up midway and was making towers. I took over and tried to make the tower a few times I make a mistake but it was easy to wipe of when you go wrong. We didn't make the exact dinosaur in the end but was fun filling out the lines. 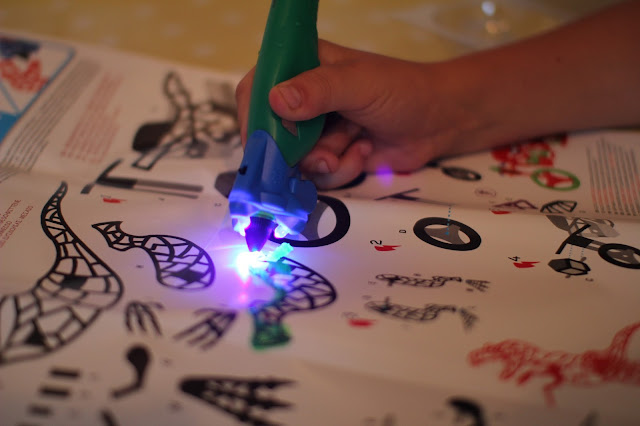 For Asti he gave up interest which was a shame because it is quite fun. If your child loves craft then I am sure they would love this. The fact that you can draw 3D objects is quite fun you need to have a steady hand and a lot of patience so is much more suitable for an older child. My Ami who is 4 was desperate to have a go and she loved it too. She make al ot of shapes and even tried to write her name. 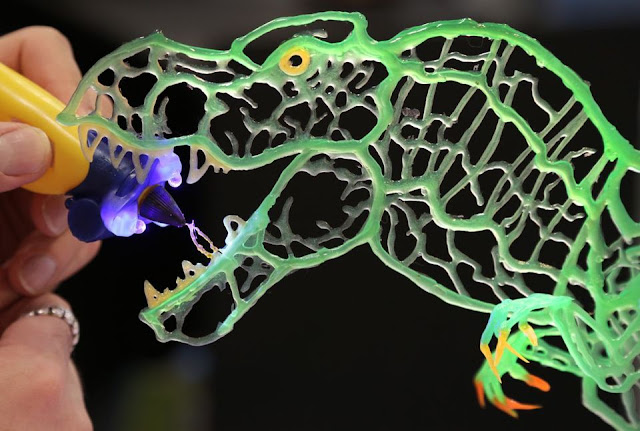 The set we reviewed is available for £24.99 and the IDO3D Pens are available on Amazon and several other retailers. Find out more here. While you’re checking out those retailers, be sure to take a look around the entire website. You’ll find 3D art tutorials, fun craft ideas, and information about some of the world’s greatest artists.

Posted by Mummys little blog at 16:49