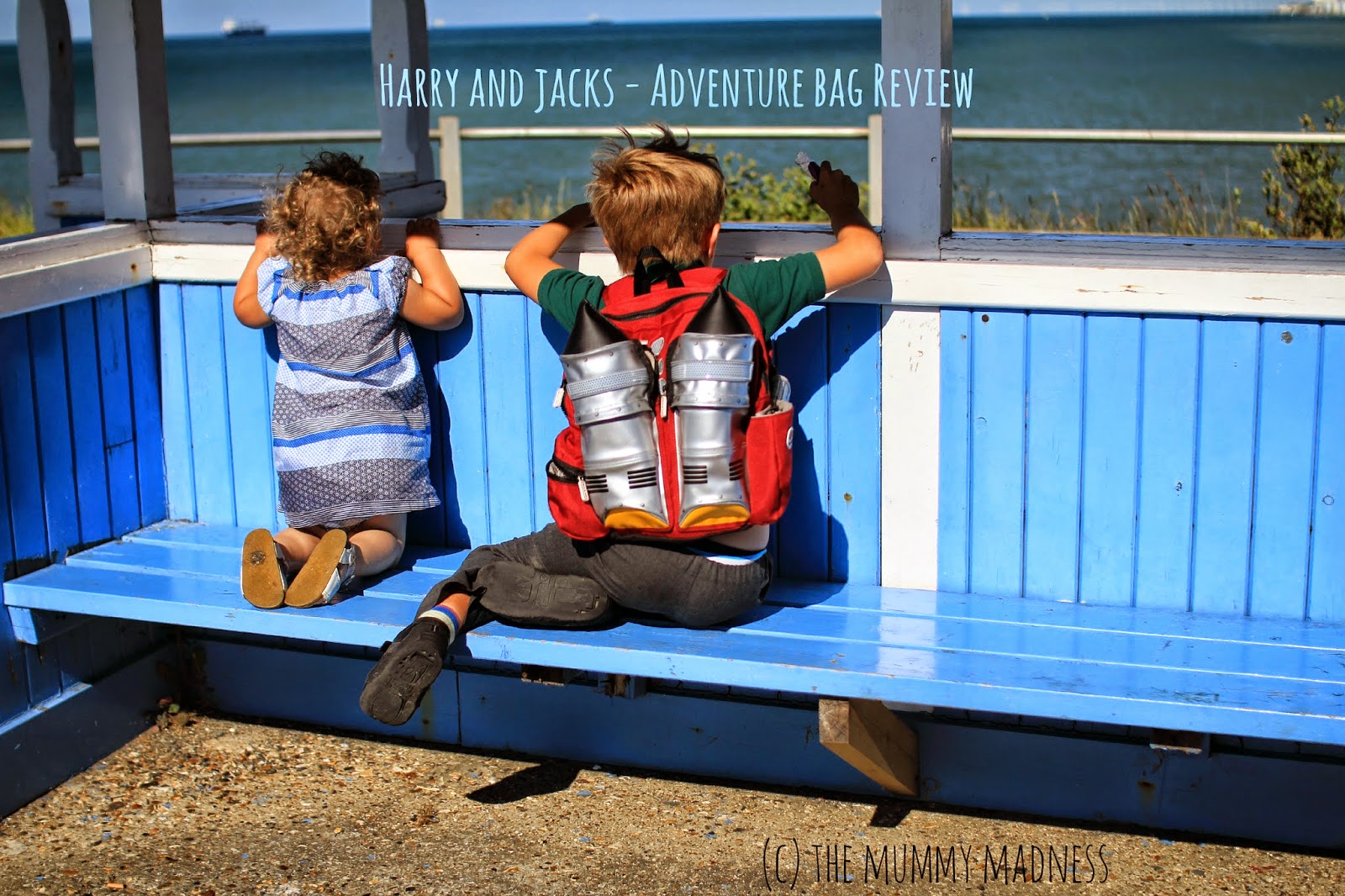 There is something special about watching a child lost in there imagination. Its something I have seen lack since my son has wanted to play more video games rather than with his toys. When we were asked to review a Harry and Jack adventure pack and I was pleased as I knew it would be right up his street. I knew he would not be able to resist how cool the bag looked and get lost in that world of pretend play. As soon as it came he asked to use it as his school bag and it keeps on coming home with loads of drawings put in one of the many pockets. Even been smuggling banned loom bands in to school (obviously not supported by his parents). 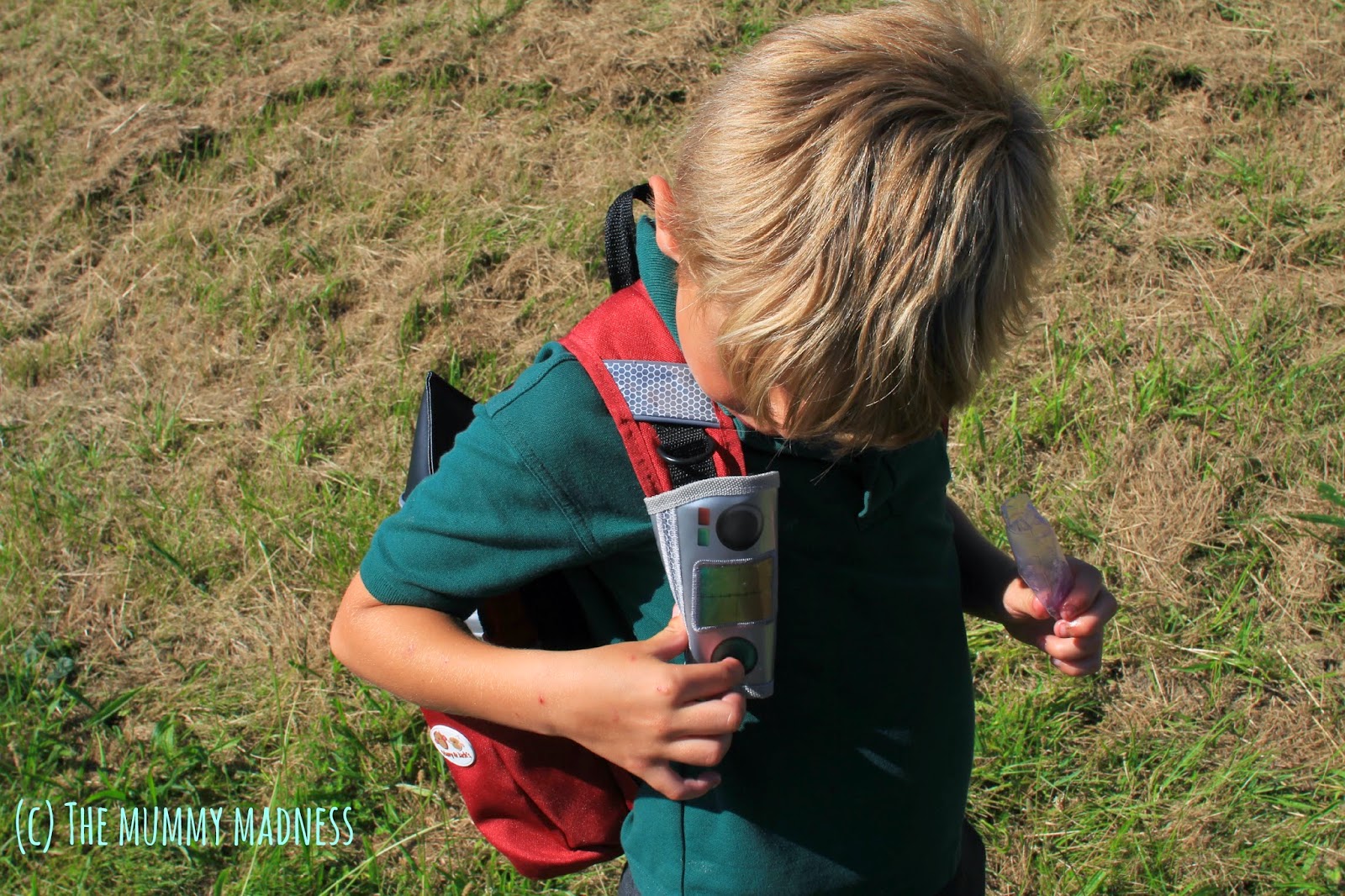 We went to the beach and he spent his tine being an astronaut in a rocket, he climbed followed by his little sister. Also looking for places to land on the beach. They both used the buttons that are on the handle and Ami was a little cross as they did not do much but slowly got round to pretending. We then stopped and had drinks and snacks that fitted nicely in the pockets. The bag fitted nicely and didnt fall off his shoulders like others have in the past. It survived rolling down hills, pulled on by toddler and being carted round London (I took it to Britmums live conference with all Little bears things in). 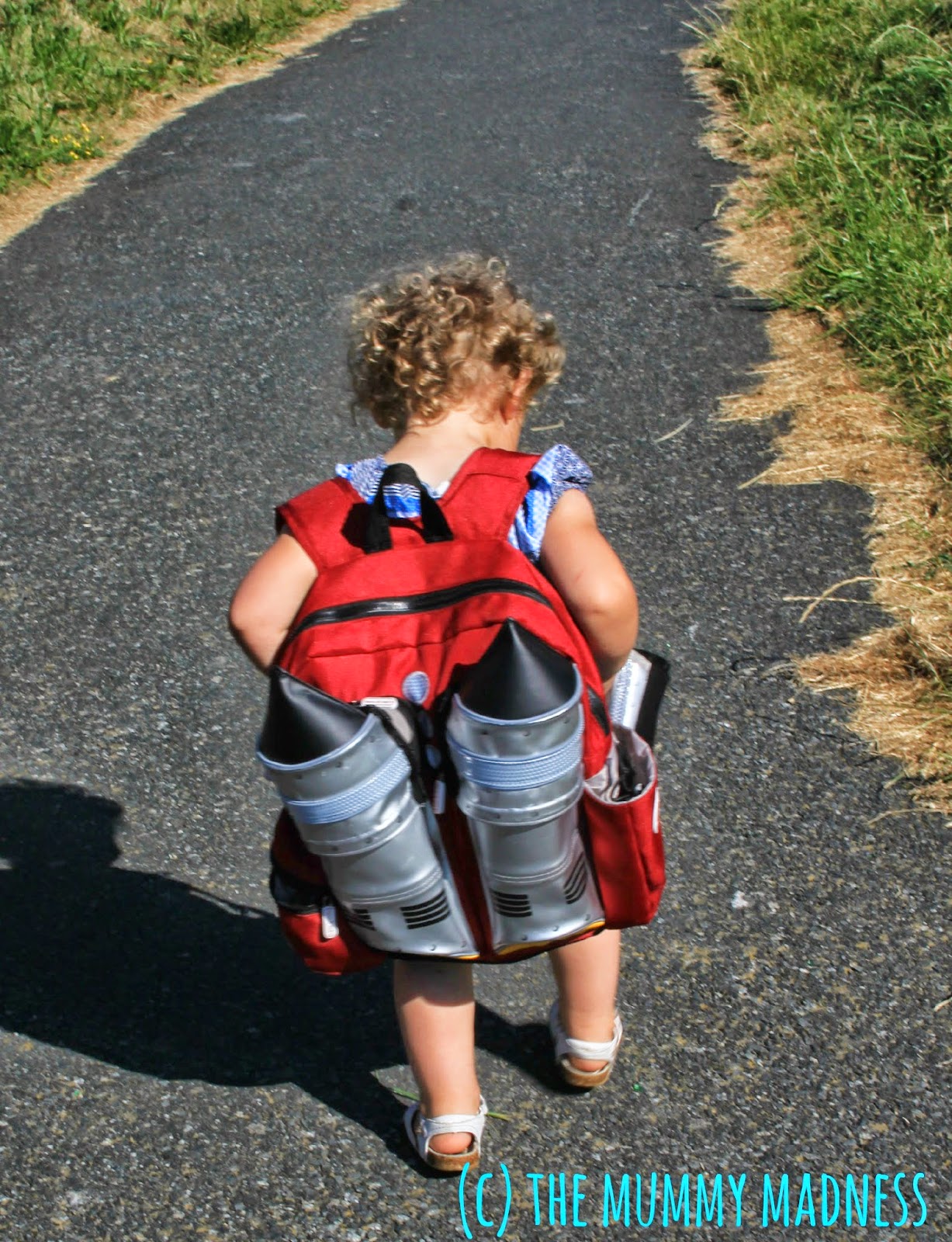 The bag retails at £29.99 and you can get your self over at there website here. We all fell on love with the bag even Ami even though it was rather large on her it didn't stop her wanting to play with it. I also try and use it at the weekends as the compartments can help me be much more organised and fit lot of the children's stuff. Its also reflective so an added piece of mind when out in the dark. The age range says 3-6 but my eldest is nearly 8 and he absolutely loved it.

#disclaimer: We were sent the bag for the purpose of the review, all picture, thoughts and opinions are our own.
Posted by Mummys little blog at 07:44