My children have become big fans of the Lion Guard. They love to watch it on the television and you can only imagine there excitement when I told them they were getting to play with the Hyena Hideout play set. If you haven't heard of the lion guard its currently on Disney Junior and is based on the adventures Kion one of Simbas from the Lion Kings sons (yeah have we got that old that Simba is now a Dad). 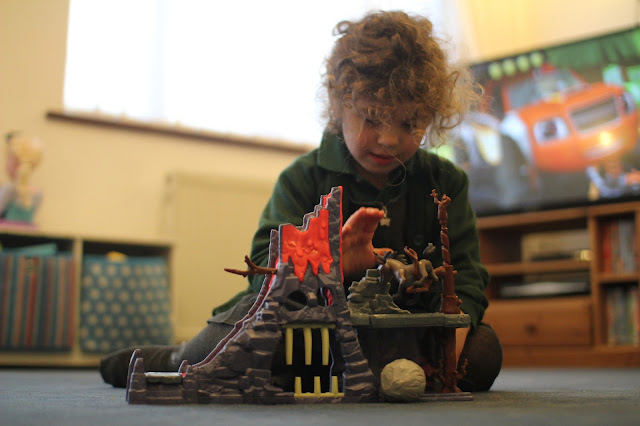 We were sent the Hyena play set and even though they are seen to be the bag guys in the show both Ami and Son Son loved it. The packaging is bright and engaging very much like the TV show. Its based in a place called the outlands where all the dangerous animals live. The play set looks realistic and a tad scary. It comes with a scary trap and collapsible floor that drops into a Lava river. The set contains lots to do for imaginative minds. The set also encompasses a volcano that launches a bolder. The set has two parts which can be put together to make a larger play set. It worked well with my two as they could play with one part each and saved a bit of fighting over who's playing with it. They did actually play nicely with it and having the two parts they were more inclinded to play and work together. 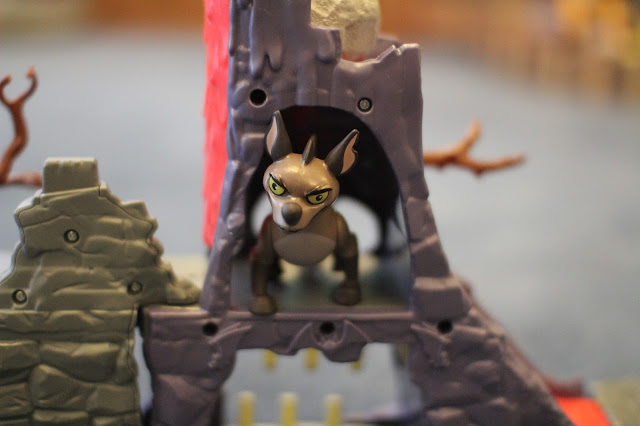 The set comes with Janja the Hyena from the Lion guard. There is a massive range of Lion Guard toys and further more you can add to the collection too. My two have already asked to go to the toy shop to have a look for more toys. It actually made me rather proud to se the little two plating with the toys as a child I had a few Lion king toys and I loved them so much. Son Sons favourite part was the boulder that flew down the volcano where Ami loved the Trap. 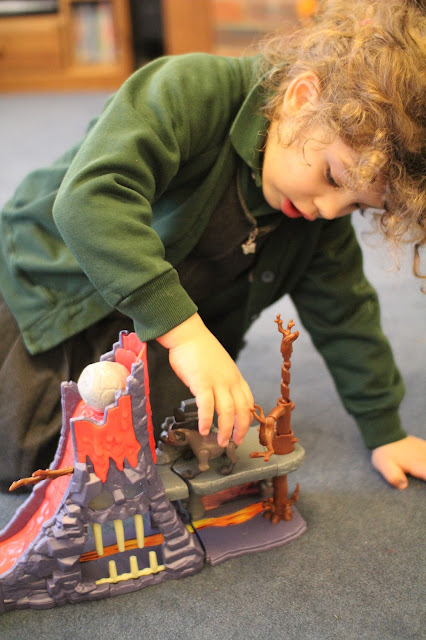 You can purchase the Hyena's Hide Out play set for £24.99 and is available from Amazon and other good toy shops. The toy is aimed at children aged 3-4 and I couldn't praise it more. 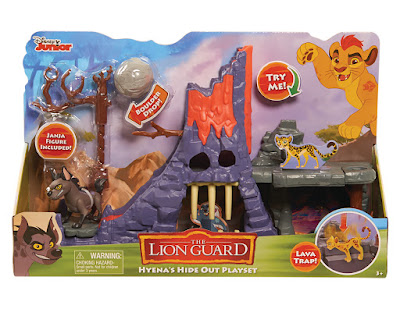 Posted by Mummys little blog at 11:00