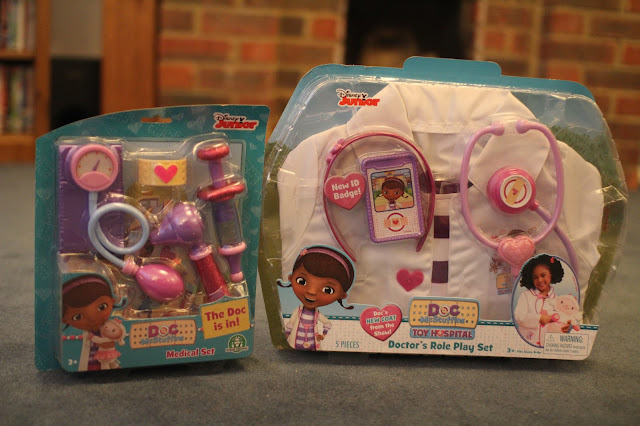 Recently the little ones were sent a lovely package that contained 2 Doc McStuffins sets. Little did I know how much they would actually love them. When I opened the box there was a fight over who would get to be Doc McStuffins first which I thought was rather cute. It was decided that Ami would be the doctor and Son Son too just in normal clothes.  They both love Doc McStuffins so it was a right treat for them both. The sets we received were the Medical Accessory set and the Role play accessories set too. 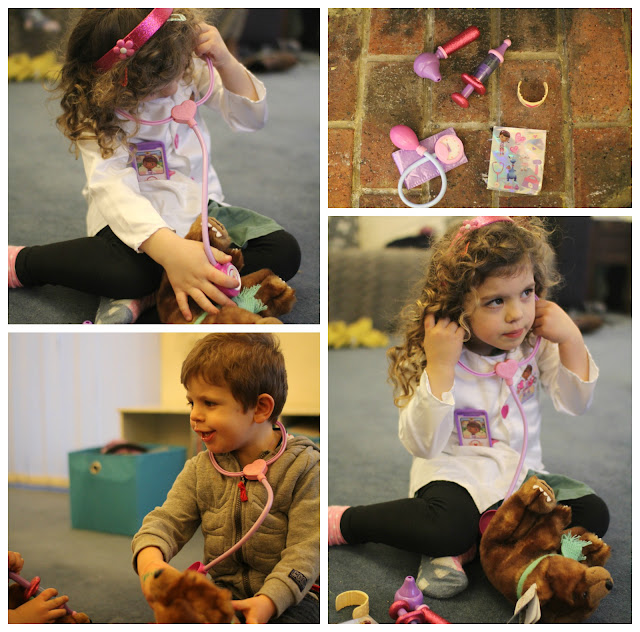 With Mummy being a nurse they were both well away checking there patient AKA poorly bear. I do feel a little sorry for poorly bear he did get a lot of investigations and medicines. His heart stopped once and even had to have a special plaster to make it better. I did enjoy watch them become little doctors was sweet to see how much they do take in and how much fun they can have when they role play together. They bandaged him up and checked his blood pressure wouldn't get that on the NHS. 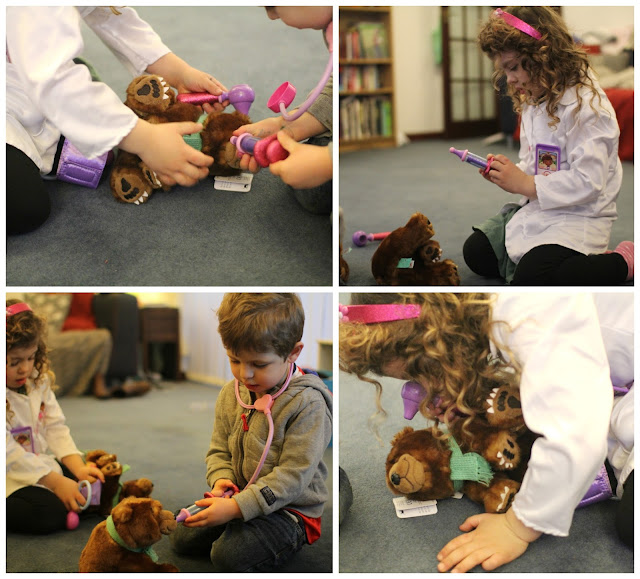 This is a cute little set and helps your little doctors to practise there skills and nurture and look after there sick toys just like on Doc McStuffins TV show. The set contains a Blood pressure cuff (personally my fave part), a play bandage, syringe ,   Otoscope and a little stick sheet to give to the animals to make them feel better. They loved the syringe as a way of giving medicine to the poor bears. 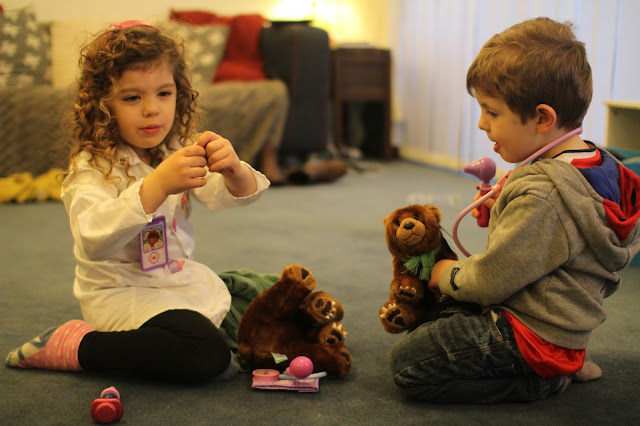 As you can see from the photo below how much Ami loves her doc McStuffins set and to her the best part was the ID badge. She shouted "Yes I have a badge like my mum who is a doctor". I don't think she knows the difference just they with work in a hospital. As you can tell its based on Dottie "Doc" Mcstuffins and her Toy hospital. It comes with a stethoscope a important part for any young doctors. A iconic head band and not to forget the ID badge with interchangeable inserts. Provides a fun was to be more creative and really get into the doctor role. 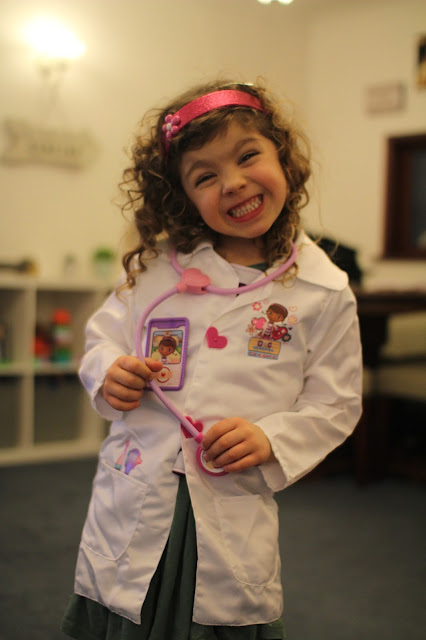 Both the sets are perfect for any child who loves role play and the pieces are so iconic and true to the show. Ami loved them because they were so glittery. Its nice that the dress up is just like Doc McStuffins perfect for any fan.

Posted by Mummys little blog at 21:41