My Children have been in there absolute element lately, they have been bouncing of the ceilings going crazy for Blaze and the monster machines. If you are unaware of Blaze it is a cartoon on nick Jr about the adventures of a monster truck called blaze. My little ones love it and it is by far one of there favourites. So with that when we were offered the chance to be part hosts for a blaze twitter party we could not turn it down.

The picture below shows some of the goodies that were in our box. So many different toys and different challenges they can not wait to get stuck in. 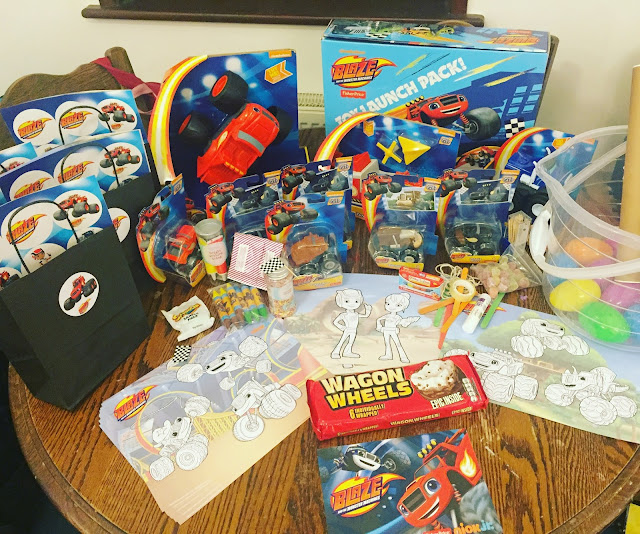 There is also a hour long episode on NickJr tomorrow at 2pm so whilst your joining in with the tweeting action they can watch Blaze also.

The party box contained 4 different STEM activities all aimed to help the children learn through play. They are Maths, Science, food and engineering. All themed around blaze and the Monster machine. Also in the box contains some of the new toys, The Blaze Turbo Launcher, Blaze Transformer Jet and some die cast cars. Also a little goodie bag filled with colouring, stickers and healthy treats too. My little ones were literally shaking with excitement over it all.

So what you waiting for, set an reminder your phone and join in tomorrow on twitter from 1 - 3 pm. Look our for the hash tag #NickjrBlaze to find the action.

Posted by Mummys little blog at 20:04