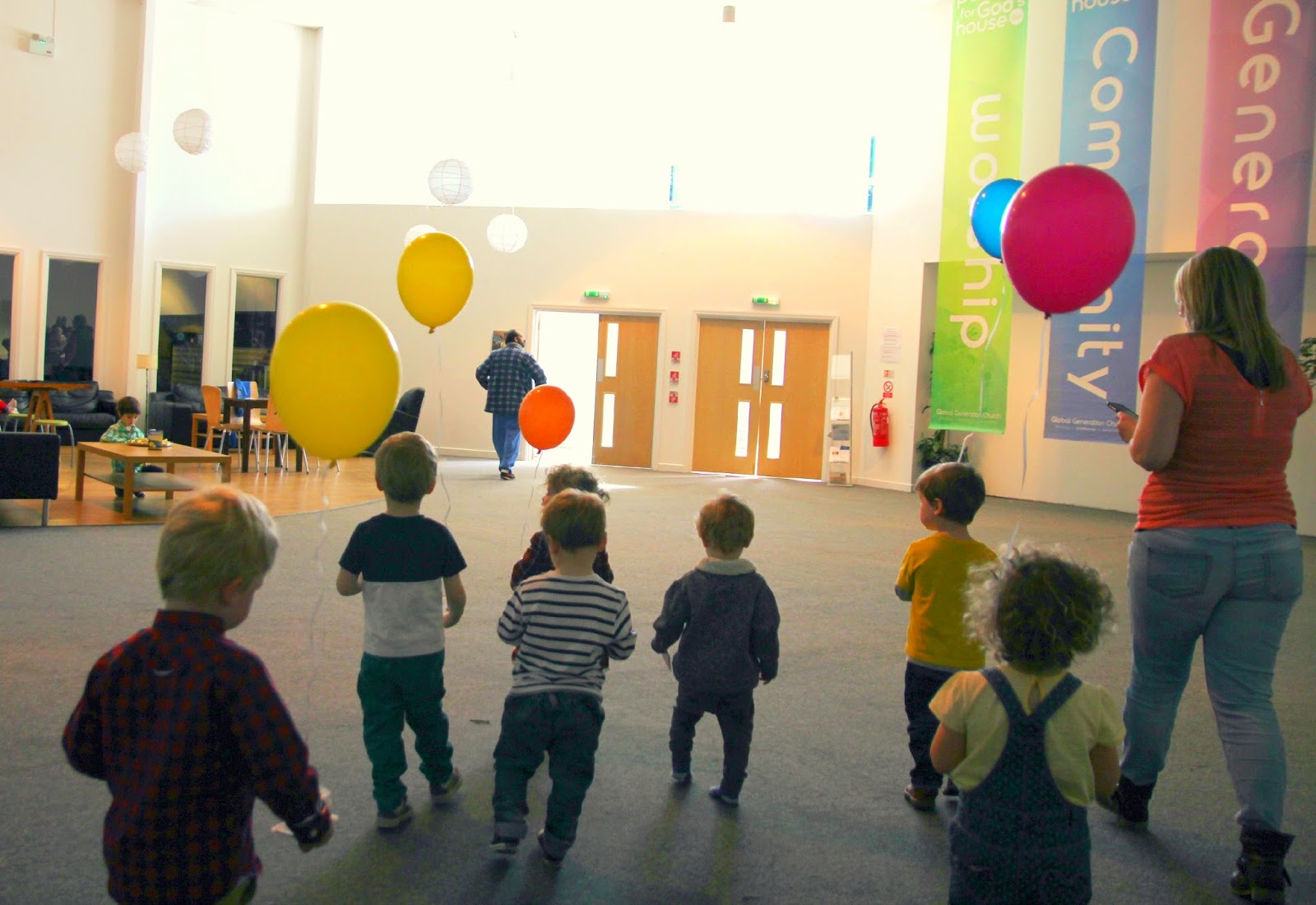 We recently got gifted a balloon time Helium Tank to use for a special occasion. They can be picked up in Tesco's and Asda for £25 and can make up to 30 balloons. They also come with ribbon too which is helpful (but don't do what I did and cut it far too long so you run out quick! 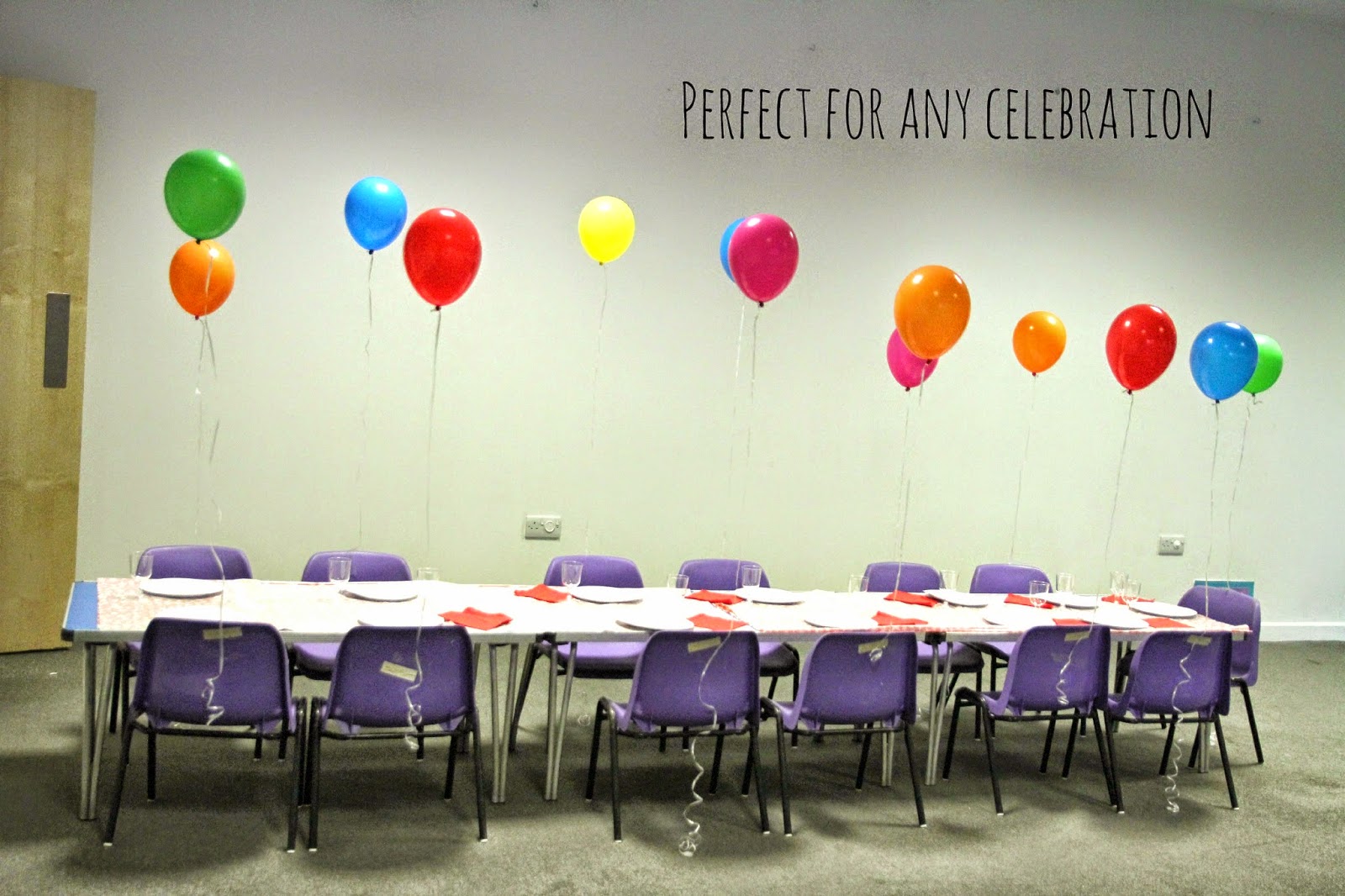 After some thought I decided to use it with our little toddler group at my church. I was going to take it along to spring harvest but my husband started banging on about latex allergies so I left it with my original idea. Also my little toddlers would love it too, so after telling the people who run the group that they will have a some colourful balloons to use in a session they decided to do the last supper. The last supper you say I never remember those in the last supper lol. 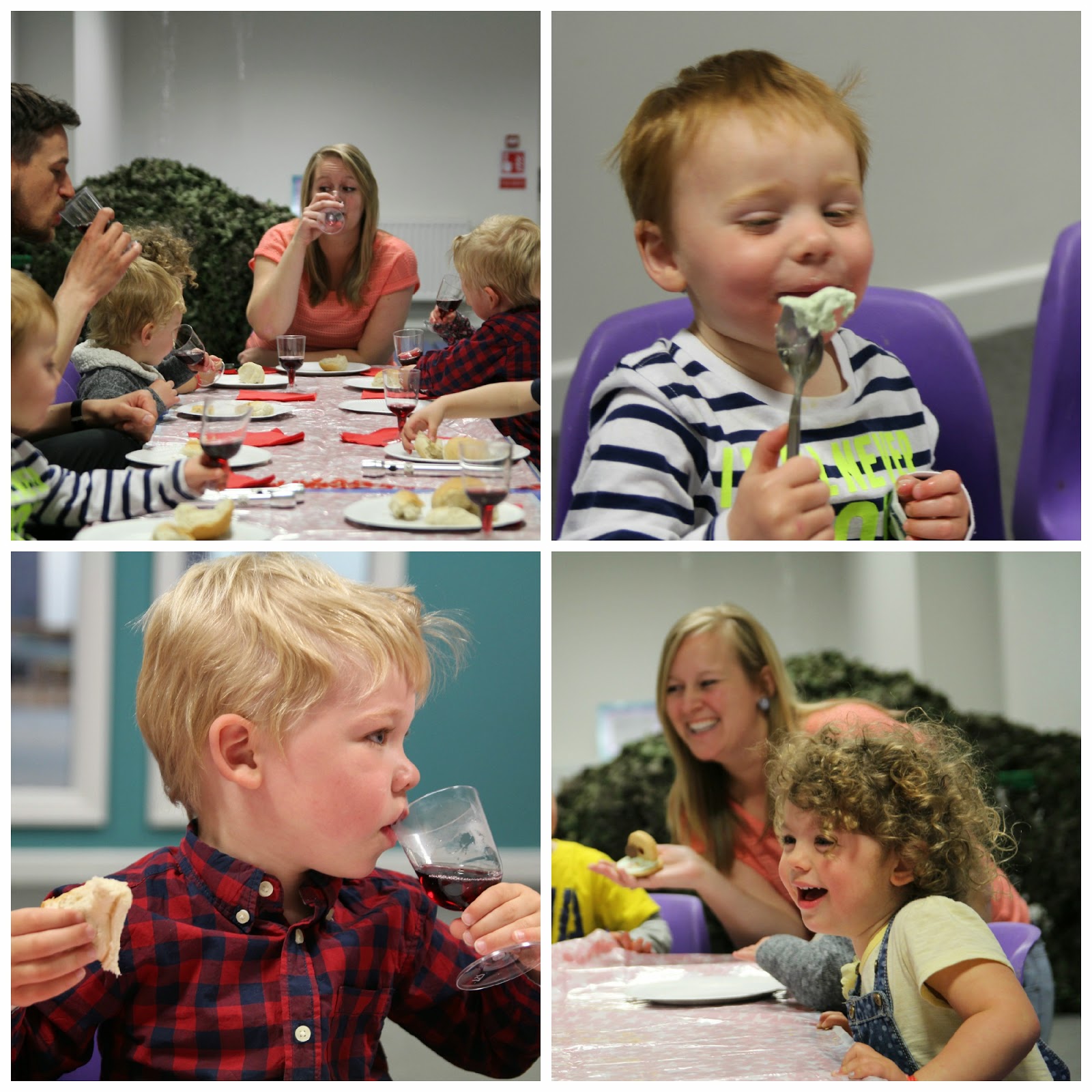 I filled them up that morning. such fun that was two toddlers fighting over the balloons and me cutting the ribbon too long and them all getting tangled was hilarious.... Then trying to fit all of them in the car even more hilarious. I managed it with no escapes and casualties, also avoiding all the kids who followed me thinking I was some kind of piped piper of balloons, after some impressive dodging skills I was in the safety of the glo tots room with small children looking through the windows in awe of colourful balloons. 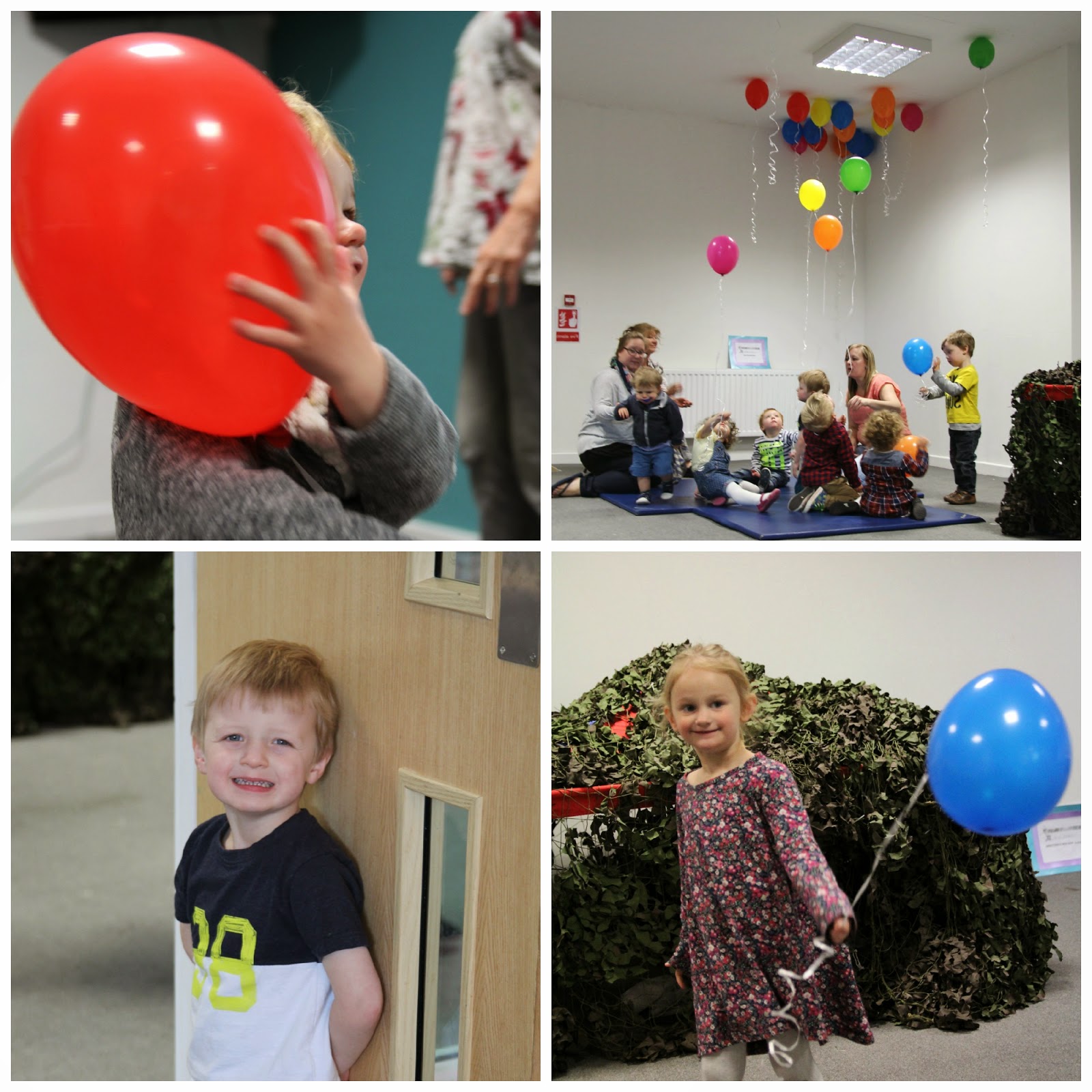 The Glo Tots team had done a wonderful job of setting the room up with a table for the last supper, and a tomb with empty bandages. I set the balloons up and took some pictures got the briefing and wondered what I would take picture of. When the children came in they sat down to the table and broke bread and had some wine (not real wine just Red Grape juice). They they then went to the tomb and looked at the bandages, then make biscuit tombs. You may be thinking where are the balloons going to come in. well hold your horses here's one of the fun bits. 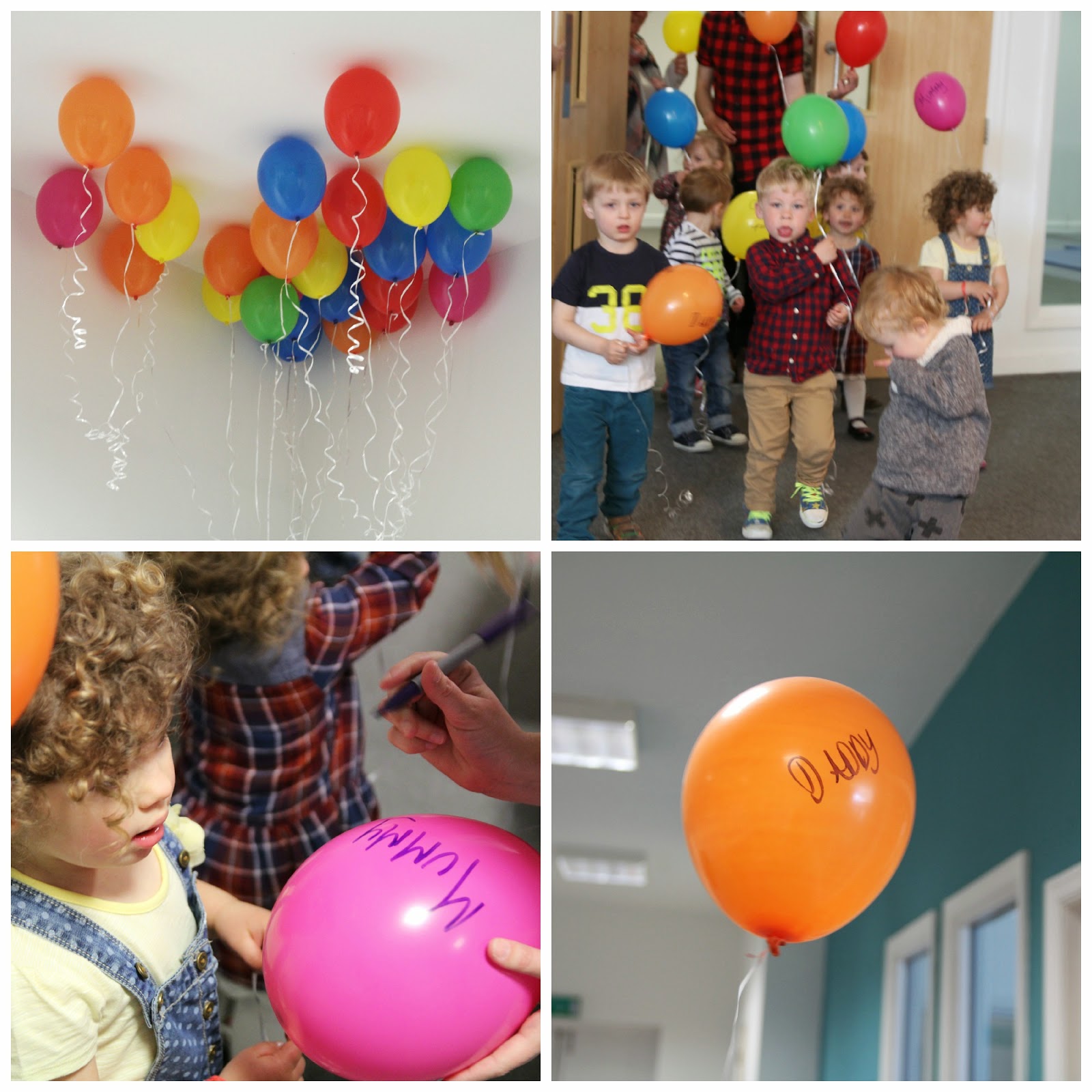 All the children got to choose a balloon and decide who they wanted to pray for, with that the names were written on the balloons. Most of the toddlers choose to write Mummy on the balloons clearly they think we need alot of prayer! Then the fun part for them to take them outside and realise the balloons to heavens. They loved it and let the balloons go with no tears and alot of joy. They then went inside and got to have another balloon and a bit of a dance. 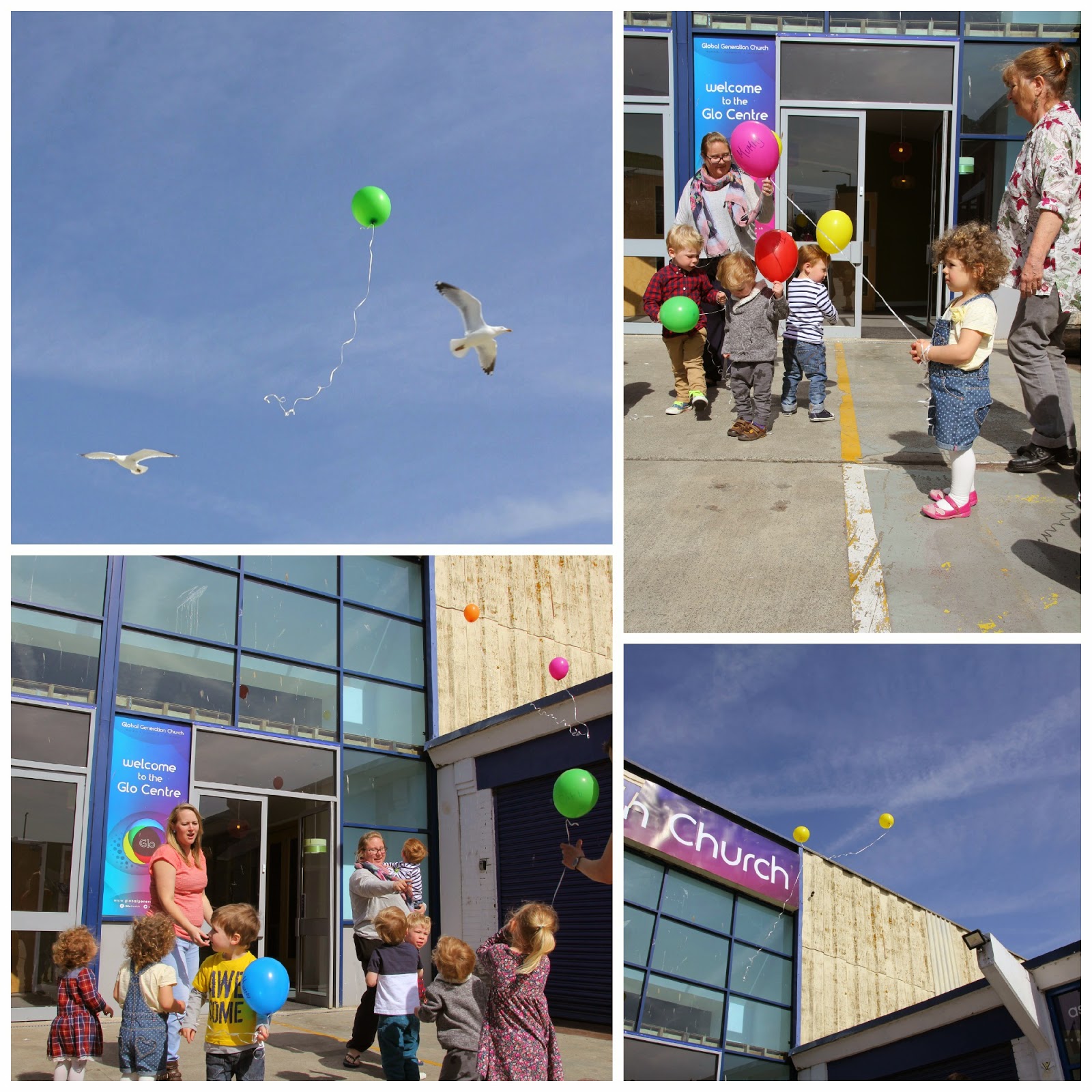 All in all they absolutely loved it and who doesn't love the balloons. The instructions said to blow the balloons up 1-2 hours before the event but I did so and they has shrunk lots and some did not make the end of the session, a little disappointing but next time would blow them up last minute so they would last longer. A fun Glo tots session and there was enough balloons left over for them all to take one home at then end too.

“I'm working with BritMums and Balloon Time as part of the “Celebration Club”, highlighting inventive and fun ways of using balloons. I was provided with a Balloon Time helium kit and have been compensated for my time. All editorial and opinions are my own. Visit www.balloontime.com for more information and party inspiration.”