As the week has been miserable I thought I would write about the torch torchlight Maize maze event we went along to in the summer. You will have to excuse the quality of the photos they were taken on my phone so no where as good as the old Cannon. Not to far from where we live every year Quex park grows a maze out of maize, this year it was shaped like Nelson Mandella. 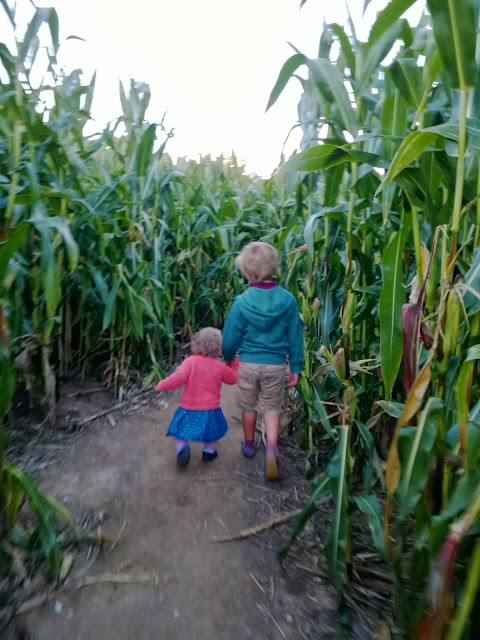 Towards the end of the summer they host a few nights where you can go round as it gets dark and then have somethhing from the BBQ. We were given a sheet and the clues were inside the maze, so of we go armed with wind up torches and phone torches. 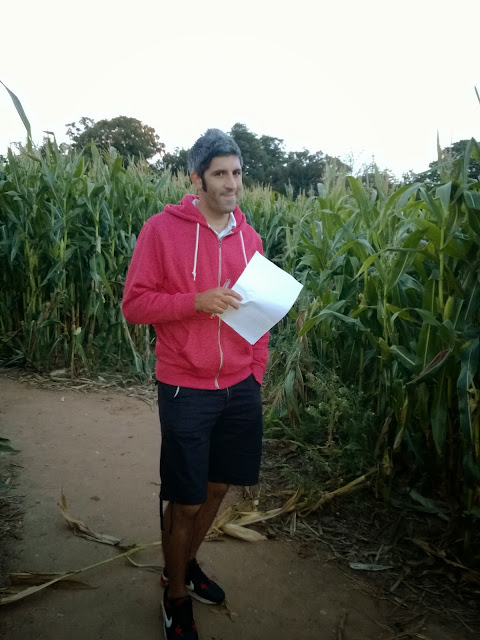 It wasnt too dark to start of with so we didnt really need them yet, Matt got very serious searching for clues maybe a little to much as he missed the fun of going round and round the same part of the maze.. Ami loved running around following us all and she didnt wander to far away from us. 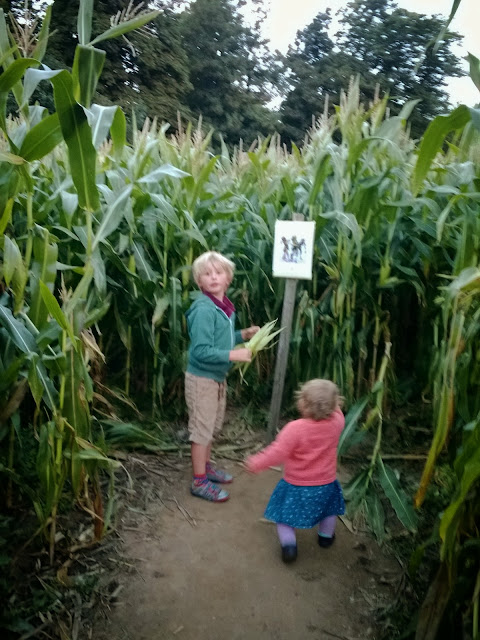 Pants took great delight in finding the clues and trying to work them out. Although alot had gone over his head, and questions asked like who are the Ghost busters? He was also good at chasing Ami when she ran away a bit to fast. 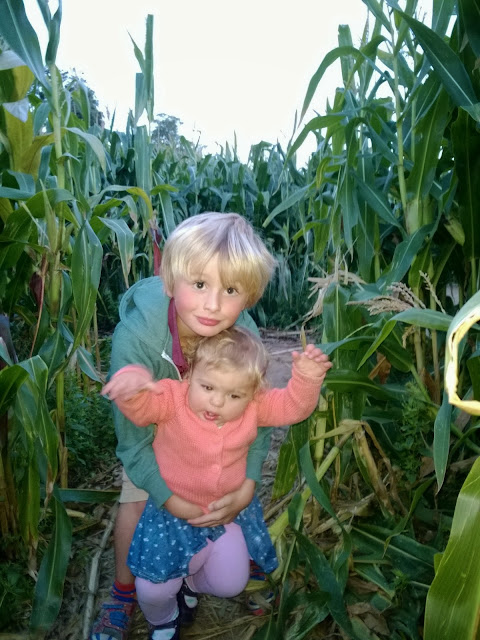 As it got darker we thought it would be best to carry Ami as she kept on falling over the maize and other children kept knocking her over not seeing her. Pants enjoyed having the only torch that didnt need to be wound up whereas me and my husband had wind up ones that produced a tiny bit of light! It was getting darker and we had finnaly found all the clues and got the letters (Matt had to ask some kids for directions to the clues we had not found) 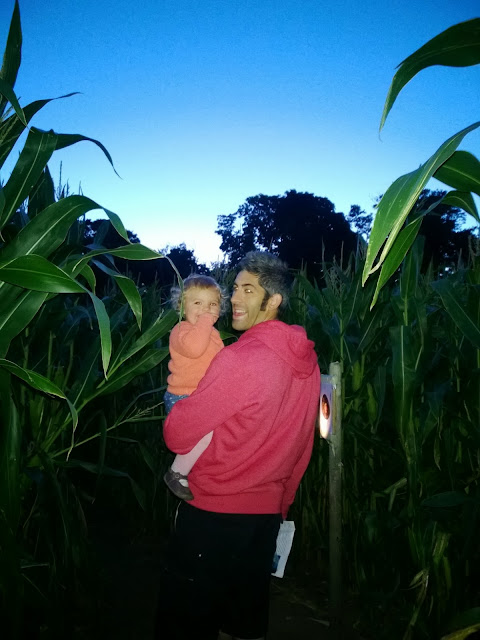 Out we come and had something to eat, Ami by this time was tired and cold but still happy. We all had our burgers and worked out the clue. My husband was very disappointed to find out that you didn't get a prize for working out the clues. We had a lovely time going round the maze together and going out rather than staying in. 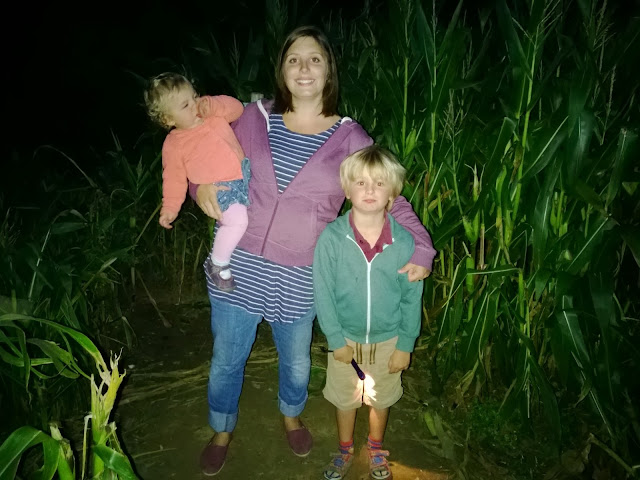 Although as we got to the car the Key battery had died, and because it was a infrared key we couldn't actually get in the car. Both me and my husband frantically searched online to find out how to get in the car but had no luck, fortunately my mum didnt live to far and picked us up for my husband to get the spare key and drop me and the kids home. It was late but the kids had a good time and so did we, perfect summer evening, I cant wait for next summer I am not a lover of cold weather!!

Posted by Mummys little blog at 20:56