One day my little Son Son turned round to me and said I love Scooby Doo, I was a bit like ok where have you seen Scooby Doo. Turns out Daddy has been putting it on in the mornings for him and he absolutely loves it. When I got a email saying Scooby Doo I was like I know a boy who would love it. Funny thing his older brother loved Scooby Doo at a similar age. 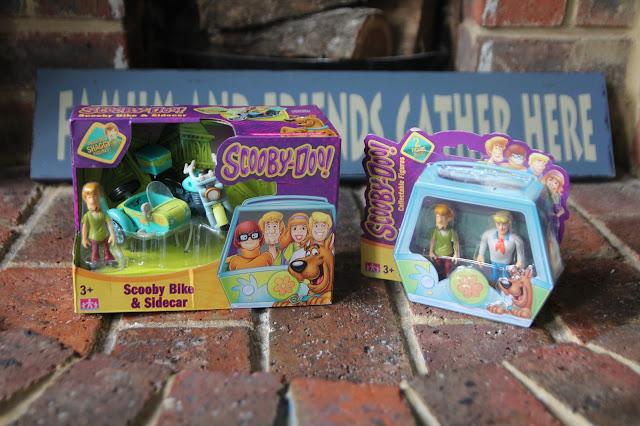 The range is aimed at children aged 3 and over which my Son Son who is three loved them but they are quite small so can see the need for the age limit. We were sent a vehicle and figure set and a character set. The figures are very sturdy and have moveable parts so they can fit in the different cars and so on. The set contains all the regular Scooby Too crew which makes it perfect for small children to recreate adventures time and time again. 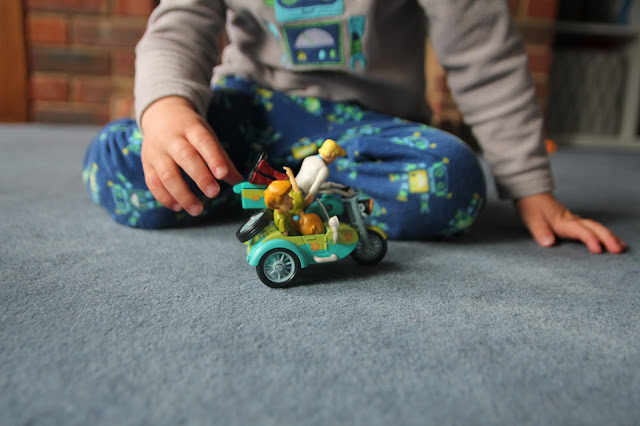 The toys are bright and colourful and very much like they are in the TV. The size of the figures is perfect for small hands. Son Son liked them because he could put them in his pocket and carry them around with him. The great thing is that you can collect more or play with them as stand alone pieces.  Son Son has enjoyed recreating scenes from his favourite Scooby Doo film which is the wrestlemania  one with John Cena he loves it. 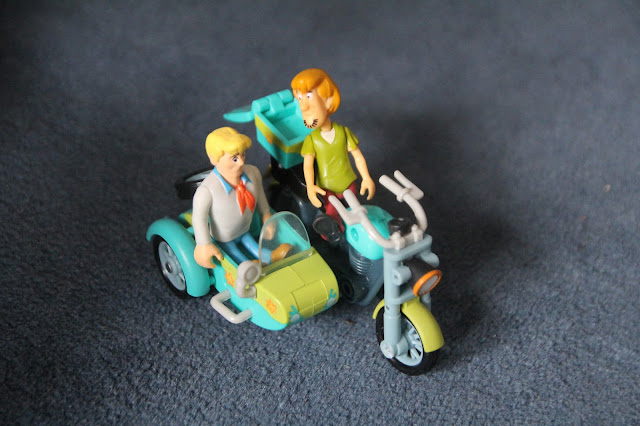 All in all Ami and Son Son both enjoyed playing with the toys the fact that there was more than 2 figures in the figure set stopped lots of unwanted arguments. 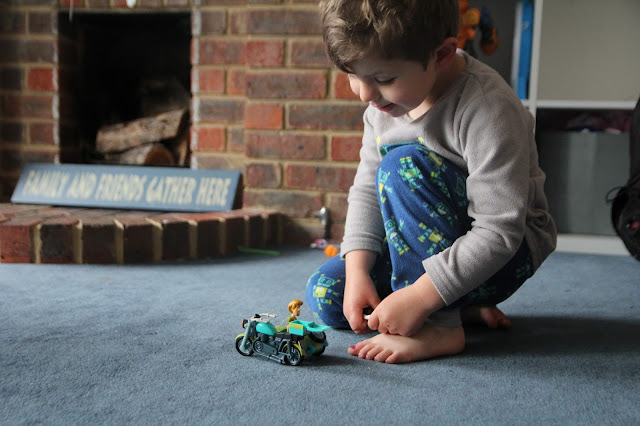