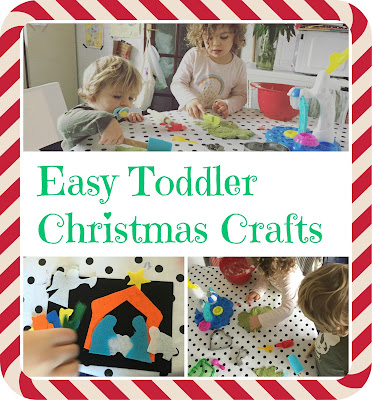 When the weather is rubbish its good to have a wealth of indoor activities for toddlers to do. Having an 3 and 2 year old we often need a few things to break the day other than watching Netflix all day. What better time of the year to introduce some easy craft activities. By easy I mean stuff that is around the house and means you can help them but not actually do it for them.

This was super easy to make to be honest I didn't follow any recipes just got the kids to put some ingredients in a bowl and some how it formed some kind of playdoh consitency. We also added some mixed spice and ginger to make it smell more like Christmas. Also not to forget the food coulouring to make it green. They loved the smell and it wasnt to sticky, it kept them entertained for a bit which was the best bit.


What you will need (approxmiatly)

There you have it some non bake playdoh that smells rather good. We plan to make proper christmas trees now I have actual Christmas cutters. You could add some glitter to make it extra special. 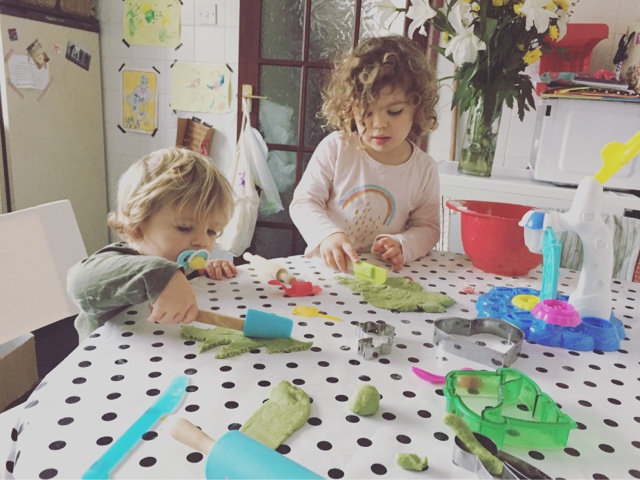 This was another easy idea I thought of when looking for something to do, when I say easy it took less than five minutes to source some card and some glue and off they set decorating. I had purchased some card in a half price sale at tesco in the year and made some large baubles. With the other colours available I cut a few shapes and left them to glue as much on as they wanted. Simple and effective.

What you will need:
They loved it Son Son had just put the glue on the card and chucked the bits on the top. 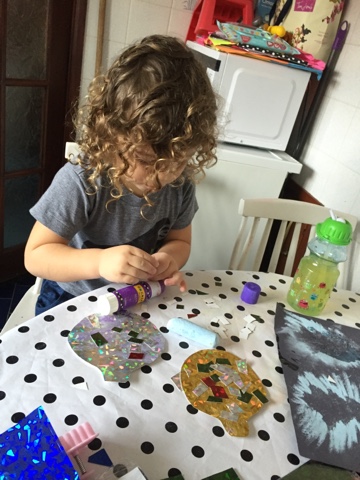 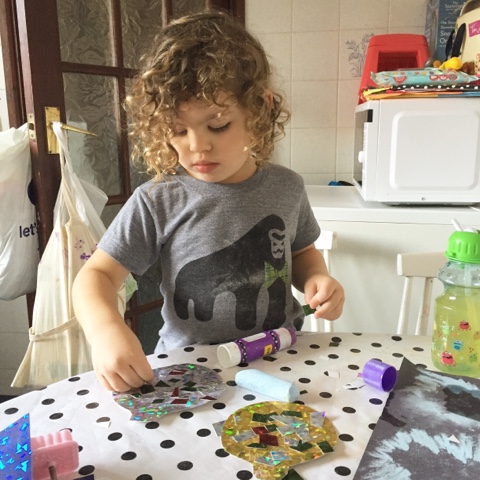 Another Sticking craft as my little ones love getting messy with glue. Another dead simple craft, I cut out some christmas trees in felt and they stuck on some sequins oh and some glitter too. Simple yet effective Ami was so proud she showed Daddy when he got home from work. I had placed the sequins and glitter in pots in the hope that they would take longer to put the pieces on the paper but no they just chucked it all on as you do. Ami is obsessed with glue she loves it.

What you will need:
They enjoyed decorating there trees, I finished them off with a bit of string and some duct tape on the back. They have made there way onto the Christmas tree which will house every homemade decoration the children make this year, which when you have three children resembles a school display at the end of it all. 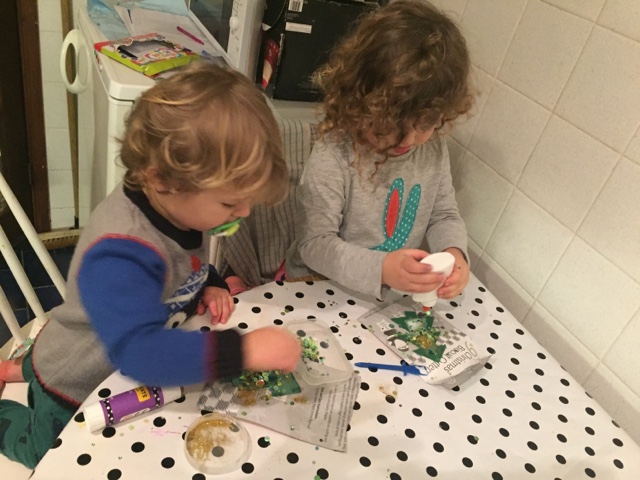 This one was very simple to make, all it involved was finding some felt and cutting the different shapes out. For me this one was my fave not because it didn't involve glitter and glue but it helped us to talk about the true meaning of why we celebrate Christmas.

What you will need


I searched online for an easy template and once I cut all the different characters out Ami was able to play over and over again. Maybe the use of a pen would define the characters a bit, or you could even stick them on for a more lasting picture. 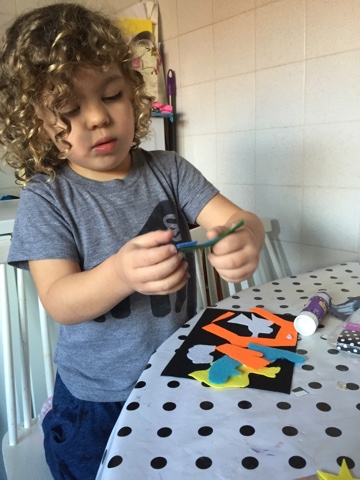 So there if you are like me looking for some simple easy to find, don't have to spend tons of money crafts then have a go. Share with us some ideas I am rather poor at this stuff.

Posted by Mummys little blog at 06:30