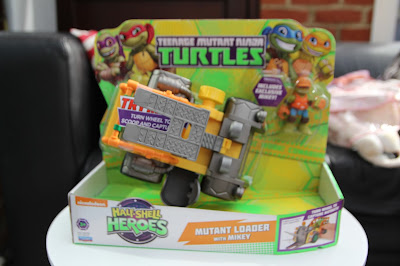 My little Son Son is three years old and is fascinated with any thing superhero at the moment. Lucky for him he was sent the new Teenage Mutant Ninja Turtles new Mutant loader from the Heroes in the half shell. Is it just me when they hear "Heroes in a half shell" just want to sing it out like in the old cartoons? Just me? Anyway he was over the moon with his new toy. 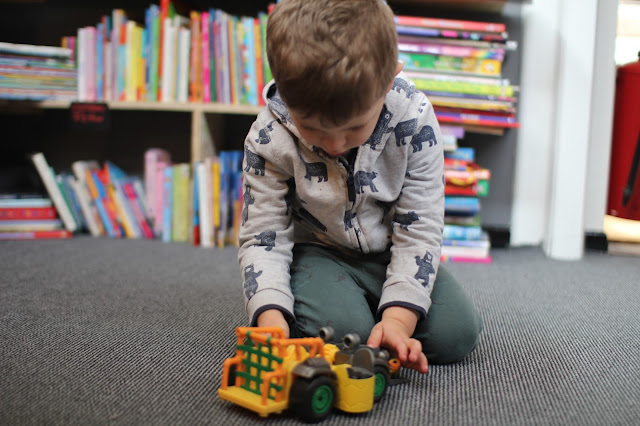 This Hero in a half shell Mutant loader is one of the wide range of TMNT toys that are available. We were sent the Mikey character Vehicle and is perfect for all HSH fan. Its more that a vehicle it has forklift and cage even a little side cart for the little Half shell hero to sit. 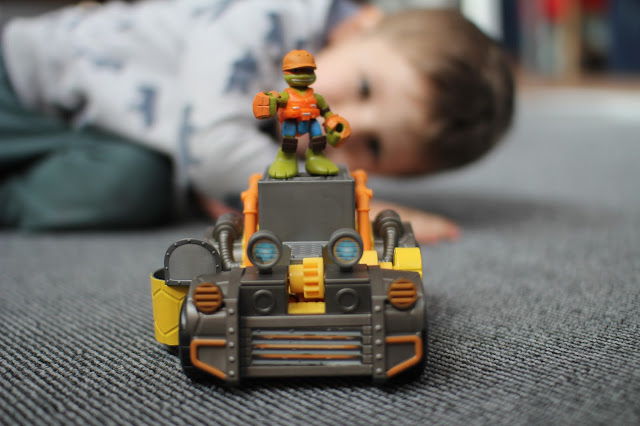 This HSH Vehicle is perfect for Son Son who is three. Its not to bulky and hard to play with Son Son was at ease with it exploring the cage mainly putting poor Mikey in the forklift. The recommended age for this toy is 2 and above. There is a little leaver to twist which lifts the forklift up. 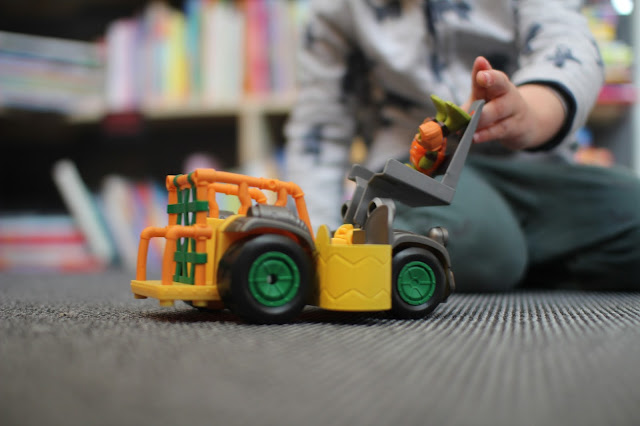 Son Son loved the Toy and we have had to take it out and about with us, he was so pleased to get a toy he can use his imagination with. He was in his element putting things in the forklift and cage.
I love toys that encourage children to use there imagination and make little game sup with. There is a bonus that is doesn't have any sounds meaning no in the middle of the night scares (I don't know if you have had this where a random toy goes of and freaks everyone out). We have had this toy a few weeks now and Son Son has played with it ever day. 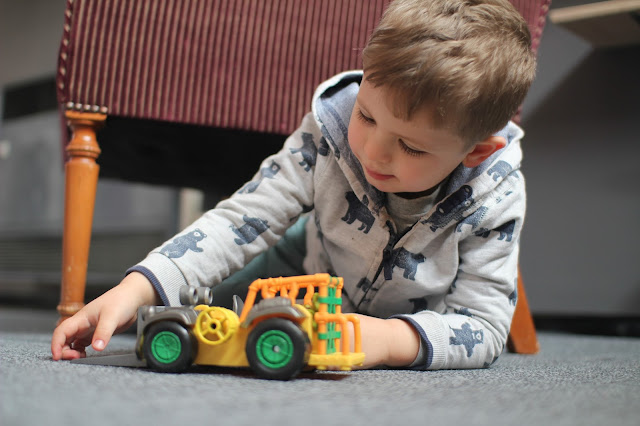 The Half Shell Heroes Mutant Loader Vehicle with Mikey costs £19.99 and can be purchased at most leading retailers. Like any character toy it is a bit more pricey but if your child is a fan you don't mind too much. Learn more about TMNT or the new range of toys over at Turtle Toys Collectors Club or at Flair PLC.

Posted by Mummys little blog at 22:46